Considering his past antics, it’s not exactly a completely crazy expectation to have.

By MazSight
But unfortunately for 5 Seconds Of Summer, Harry Styles has so far failed to live up to their hopes during One Direction’s Where We Are world tour.

The ‘She Looks So Perfect’ hit makers have been left disappointed while supporting the 1D boys due to the lack of nakedness from the 20-year-old heart throb compared to the last time they toured together.

By MazSight
Understandable considering getting naked seems to be the 5SOS guys’ favourite past time. 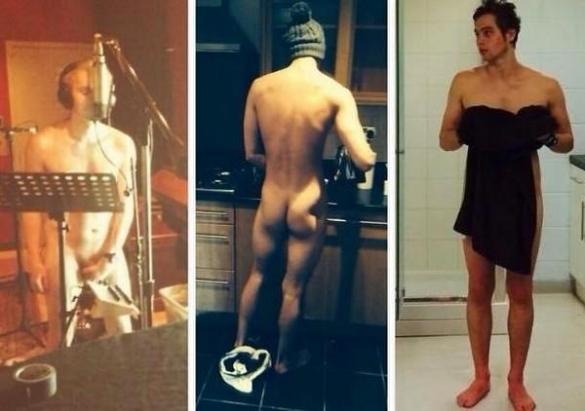 Ash told MTV: “No, naked Harry Styles which is a bit disappointing. It’s a decrease of nudity on the tour this year.”

However, it’s not all bad with Ash admitting that thanks to One Direction, 5SOS have managed to gain new fans across Europe.

By MazSight
YAY! Everyone’s a winner!

He added: “I think it’s been different in a few ways, we got to go to Europe for the first time and without them (1D), we would have never gotten to meet some of the fans, so that was incredible.

“There’s a few more people singing along to our songs, which is nice. That’s just a beautiful thing.”

But not quite as beautiful as a naked Harry Styles.