French trains ‘too wide’ to fit in some stations 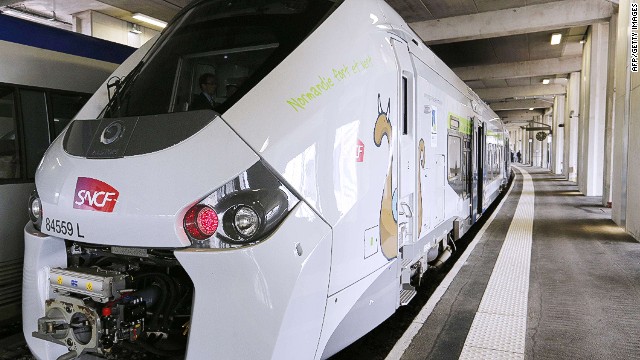 (CNN) — The next train arriving at platform three will be… completely stuck.

That was nearly the scenario in France where, it’s been revealed, the country’s main train company ordered a fleet of new trains that were too big to fit in hundreds of stations.

SNCF, whose swift and efficient services are normally a point of pride for the French, spent 15 billion euros ($20.5 billion) on the trains, only to belatedly realize they weren’t quite slim enough.

The revelation that the new TER trains were too “paunchy” for the regional stations they will be serving was made by investigative newspaper Le Canard Enchaine, and widely reported in the French media.

The mixup is reported to have occurred when RFF, which operates France’s rail network, gave station dimensions to SNCF in advance of the train order.

MORE: 10 things France does better than anyone else

Measurements were taken from more modern stations, but neglected to include older facilities where the gap between platforms is narrower.

RFF and SNCF both released statements saying the new trains were part of a network upgrade to cope with a 40% increase in passengers over the next decade.

They said 50 million euros were being spent on upgrading 1,300 platforms to accommodate the new trains.