It’s all coming out!

Always guaranteed to be a *bit* of a tearjerker, Alesha has revealed some sad truths about the strained relationship with her father and her experiences with racism and domestic abuse during her childhood.

The star has previously described her family life as “very dysfunctional” after her parents split up when she was aged just four.

When Piers asked Alesha when she last spoke to her dad, the 35-year-old revealed: “A couple of years ago maybe. I think it’s very difficult when you don’t have a dad that lives at home with you and they have a new family.

“It takes time to get that to work. Unfortunately for my dad and I, it didn’t really work, so there were times he would be in my life and things would be brilliant and then for some reason, I’m not even sure myself why, the relationship breaks down.”

Piers then asked if her dad had met Alesha’s eleven-month-old daughter, Azura Sienna, she abruptly replied with “no”, but seemed to imply that this wasn’t a result of circumstance rather than a conscious decision. 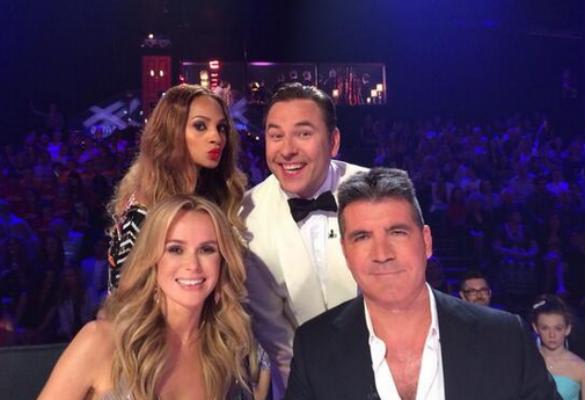 Despite the troubled father-daughter relationship, the singer says that she doesn’t hold any grudges and is “very open” to speaking with her dad again.

Good on you, Alesha – not many people would be able to put that bitterness aside.

She revealed her forgiving nature again when discussing her experiences with racism when growing up in a predominantly white are, Alesha said of that period in her life: “It wasn’t particularly nice and actually there were occasions where it did get to me.

“Things like that where it was so immature and silly you can’t even get upset by it and yes there were occasions where people could be racist.

“I had the ability to see, I never took it to heart in respect that they were ignorant.”

Onto happier topics, the singer-turned-TV-personality candidly discussed her relationship with partner Azuka Ononye, admitting that he has “jokingly proposed five times” but she is waiting until she has a ring on her finger before she will say yes.

She revealed that she knew it was love when he carried her to the toilet after she had a foot operation and was unable to walk.

Who says that romance is dead, eh?

She went on to gush about how happy she was in her relationship, saying: ““I am authentically myself when I’m with him.

“I don’t have to be anything other than who I am and it’s a great feeling when you can just be yourself with someone.  And its like being with my best friend everyday.”

Aww, they are so sickly sweet we might be a little bit sick.

[ Alesha Opens Up About Being A Mum ]