We shed actual tears when we heard that he was off the market.

But it seems that not everyone thinks as much of our megacrush George Clooney as us… namely his fiancee’s mother.

While we think that The Cloon is hands down the hottest/coolest/smartest man in Hollywood, it seems that Amal Alamuddin’s mum Baria might has different ideas.

A friend of the family reportedly told MailOnline that Baria isn’t happy with the match, thinking that her daughter “can do better.”

Yeah, we’re really not sure that ‘better’ than George Clooney exists. Just saying.

The insider said: “You would think Amal has hit the jackpot with George Clooney, but Baria is not happy.”

It seems that the family are part of a Lebanese religious sect called Druze, and would have allegedly have preferred Amal to marry within the religion.

The source continues: “She thinks Amal can do better. She has been telling half of Beirut, in fact anyone that will listen, there are five hundred thousand Druze. Are none of them good enough for her? 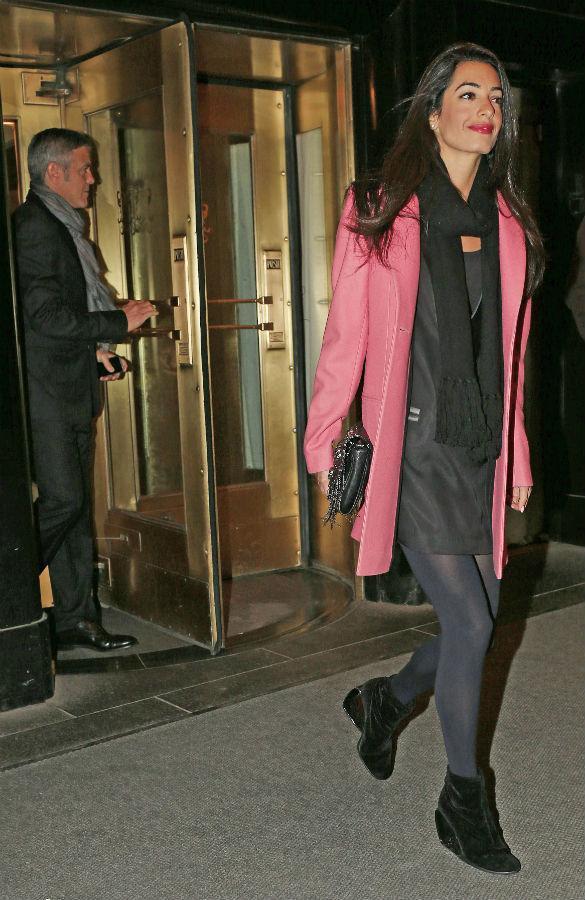 “There have a been a few jokes in the family about the same thing happening to George.”

But in true Clooney style, it looks like the super smooth superstar is pulling out all the stops to try and win the family round as he jetted Baria to his villa in Lake Como a couple of weekends ago.

According to reports, the 53-year-old was spotted hanging out with Amal and his mother-in-law-to-be, who looked far from upset, as they met up with his parents, Nick and Nina.

Despite his efforts, journalist Baria left after just one day… let’s hope that was enough time for him to turn on the old charm, eh?!

A source told People Magazine: “They were outside, and Amal and her mom were smiling. It was going pretty great. Amal’s mom left the next day, and at the airport they just looked so happy.”