It’s getting messier by the minute!

Just a few days after Ben Cohen claimed that former Strictly dance partner Kristina Rihanoff had NOTHING to do with his marriage split, his mother-in-law has hit back.

Speaking to The Express, Abigail’s mum Felicity Bassouls has blasted her son-in-law, going so far as to actually call him a ‘bully.’

She said: “I cannot believe what Ben Cohen has written – I am afraid to say, when you are a celebrity and in the limelight, you have to treat people with the same respect that you expect from the public.

“I have experienced a great deal of bullying from you myself. Your behaviour has been so disrespectful and very intimidating not just to myself but my husband also.”

Blimmin’ heck – this is all getting a bit weird?! 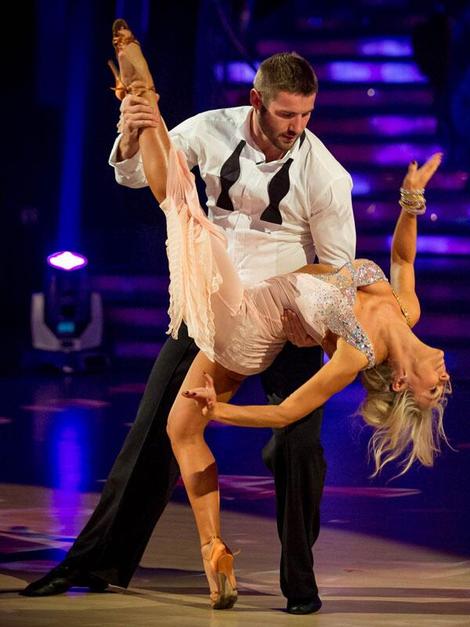 She added: “I know you very well Mr Ben Cohen and I am not going to stand back and let you bully and intimidate me again. You have broken my daughter’s heart and the little girls’ and also my heart.”

Felicity clearly felt the need to speak out after the rugby star released a statement the other day, saying:

“Kristina and I share the same passion for charity work and have helped each other with our charities to raise money and awareness.

“It is a desperately sad world, when two adults of different genders cannot have a friendship without being attacked maliciously.”

Yeah… apart from the fact that Kristina has had relationships with more than one of her Strictly co-stars.

He added: “My wife and I have already issued a statement regarding our current marital issues, and we stand by that statement.

“Our own problems, like those of any family, should be handled in private. That I am a public figure, does not remove my family’s right to privacy.”

The couple have been married for 11 years, after meeting when they were both still teens… but it seems that things have fallen apart since he starred on Strictly last year.

We don’t care what they say… that show is CURSED!