He’s always been a tad on the controversial side. 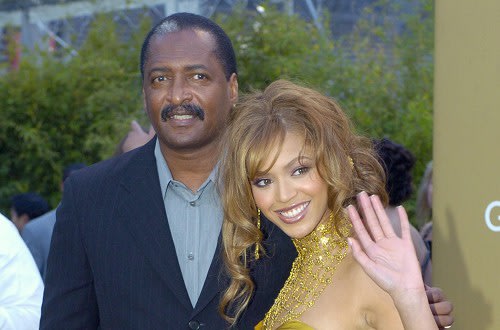 Mathew Knowles has waded in on the divorce rumours surrounding his daughter, Beyonce, and Jay Z and he has pretty much dumped them in it.

Whatever happened to families sticking together, eh?

Appearing on The Roula And Ryan Show on a Houston radio station earlier this week, Mathew suggested that Bey and Jay have deliberately circulated divorce rumours in order to “ignite” ticket sales.

“I know, because we’ve done this. From experience, there’s a tour going on.”

The 63-year-old also used to be Beyonce’s manager and is the one who catapulted Destiny’s Child to fame (didn’t you ever wonder why it was always Bey stood in the middle of the trio and wearing the best outfit?), and it sounds like Mathew might just have pulled the old “Jedi mind trick” on us before.

Whatever that even means. 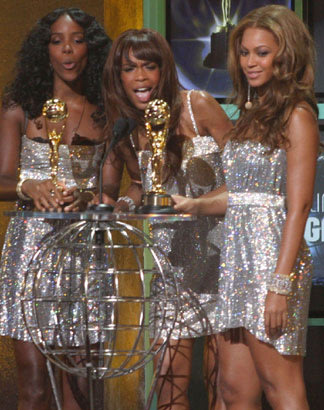 The shocked hosts grabbed the opportunity to bring up the famous elevator incident, when Mathew’s youngest daughter, Solange, was caught attacking Jay Z in an elevator on CCTV, asking if the megastars actually wanted the footage to be released.

A coy Mathew replies, “All I know is the Jedi mind trick. Everyone’s talking about it. Ticket sales went up. Solange’s album sales went up 200%!”

So it was all part of Beyonce and Jay Z’s master plan?

And we fell for it??

We were DUPED by the Jedi mind trick?

Ever since the incident in the elevator the power couple have been plagued with divorce rumours and Beyonce has been using MazSight to quash them by posting many loved-up family snaps and even some not-so-subtle J+B nail art.

Although, come to think of it, she has also thrown in the odd curveball – including a picture that very noticeably showed that she wasn’t wearing her Wedding ring.

It all came to a head during Sunday night’s VMA ceremony when a proud Jay Z took the couple’s two-year-old daughter, Blue Ivy, up on stage with him to present Bey with the Michael Jackson Vanguard award, ceasing the opportunity to look the picture of a perfect family.

If Mathew’s claims are anything to go by, it looks as though we have all been tricked and that imminent September split might not be happening after all.

Well, they do say that there’s no such thing as bad publicity.

Changing the subject ever so slightly, Mathew made sure that The Roula And Ryan Show got their full money’s worth by also massively hinting that there might be a Destiny’s Child reunion in the not so distant future.

And by ‘hinting’ we pretty much mean ‘confirming’.

The blabbermouth revealed, “I am still the manager of Destiny’s Child, when you see Destiny’s Child on TV and you see them doing songs together slowly, slowly – now they’ve done two, they were recently on TV – I don’t know, it might be another Destiny’s Child album coming.”

BUT YOU’RE THE MANAGER, MATHEW – IF YOU DON’T KNOW THEN WHO DOES??

“There might be a tour that makes history,” he continued, “Destiny’s Child featuring Beyonce, Kelly and Michelle. Can you imagine what that would be like?”

Yes, we can – it would be amazing.

We’re putting on their Greatest Hits album in preparation as we speak.

Obviously not expecting Mathew to fully spill the beans, the radio hosts tried their luck by asking “cough twice if it’s happening in the next year”, which he actually did right away – much to their (and our) amazement.

So that’s definitely a yes then?

Destiny’s Child will be reuniting in the next year?