The perfect couple get all the more perfect.

Brad Pitt and Angelina Jolie stunned the world when it emerged that they had sold their Wedding photos to two glossy magazines.

Us mere mortals simply assumed that we would never, ever have an insight into the Jolie-Pitt secret wedding, after all the couple are notoriously private and there were only twenty guests at the actual ceremony for pete’s sake!

However, they appeared to pull a confusing Katie Price move and have a press photographer join them on their special day in exchange for a hefty pay check of FIVE. MILLION. DOLLARS.

Needless to say we loved it; we got all of the need-to-know deets, had a glimpse at Angelina’s unique wedding dress, and also got an insight into their family life with photos of the couple’s six children also being included in the mags.

Although we couldn’t help but wonder what two of the biggest superstars in the world are doing selling their intimate wedding photos in exchange for money that probably means nothing to them?

Why, donating it all to charity of course.

Yep, it has been reported that Brad and Ange used the opportunity of their wedding to raise some serious cash for good causes.

A source told RadarOnline: “Each (publication) paid $2.5 million for a selection of wedding pictures from Brad and Angelina’s wedding.

“Hello! has the international rights to the pictures. Before the wedding, Brad and Angie personally chose a photographer they had worked with from Getty images for the wedding.

“Brad and Angelina knew there would be tremendous interest in their wedding pictures, and decided to donate the money to their charitable foundation. The couple have done this numerous times in the past.” 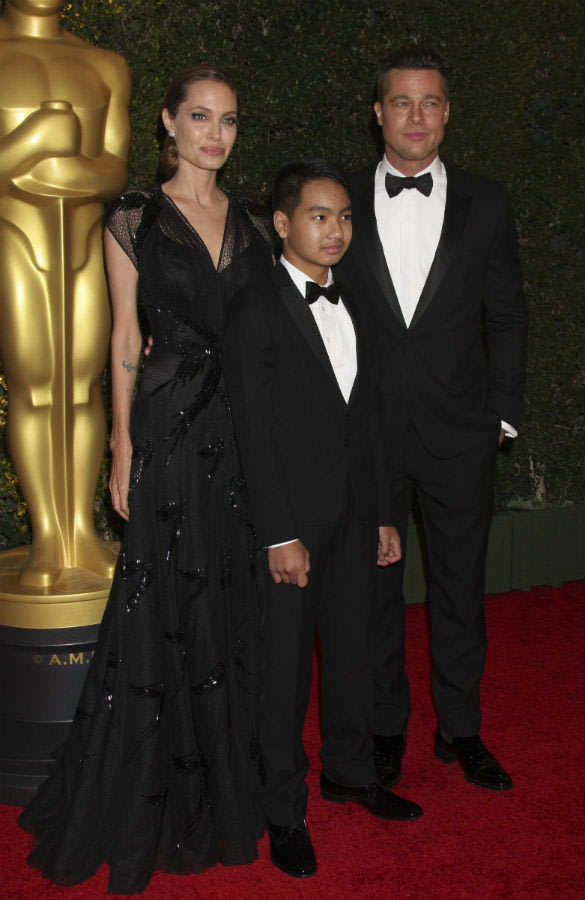 And that they have – the pair previously sold the first photographs of their 6-year-old twins for $14million back in 2008, and donated every penny of that too.

Their charity of choice is the couple’s Maddox Jolie Pitt Foundation, which supports humanitarian projects around the world.

It was formed in 2003 when Angelina adopted her oldest son, Maddox, from Cambodia.

They really are just the perfect couple, aren’t they?