Brad Pitt and Angelina Jolie are believed to have PAID Maltese locals to scarper ahead of their arrival to guarantee their stay is as private as possble.

It’s alleged that Brangelina and their six kids have paid local business as much as £200k each to leave the island of Gozo while they are there filming their new movie By The Sea.

And according to Page Six, the locals were more than happy to up sticks for the famous couple.


“A lot of people have agreed to leave the island so that they can have privacy to film the movie,” a source told the NY publication. “The set is being built there to recreate the French Riviera.”

And we think it will pan out to be a VERY expensive trip considering the family are believed to be staying until early November!

We are definitely thinking of this as an unofficial honeymoon.

Brangelina hit the headlines this week when after nine years together and six children later they finally tied the knot in an intimate ceremony last weekend at Chateau Miraval, France.

And while pictures from Angelina Jolie and Brad Pitt‘s Wedding are unlikely to be released or leaked, details of their big day are slowly being unveiled – including details and descriptions of Ange’s stunning dress.

According to E!, Ange ditched her usual chic suit for an ACTUAL WHITE DRESS, opting for a floor-length vintage gown for the affair.

The insider blabbed: “It was very traditional, but very Angie, it was comfortable but plain white floor-length antique lace and silk.” 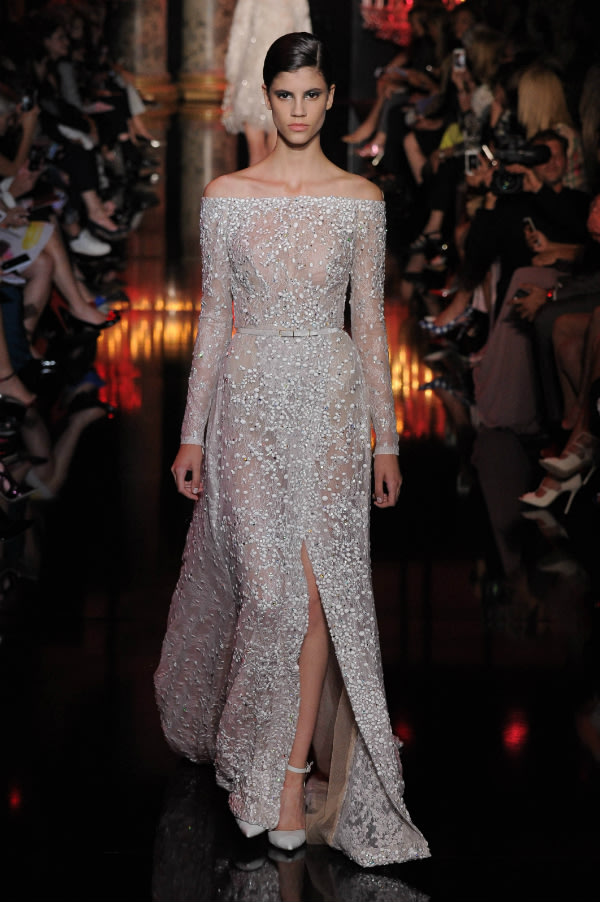 The source added: “She definitely wore something that once belonged to Marcheline, it was a small gold locket with a photo of her mum inside.

“The boys all wore tiny matching cream linen suits which were just like Brad’s while the girls had each chosen a dress to match their own individual style and they had them specially made.”

The ceremony was apparently kept a secret from most of the couple’s friends and family, with just their kids and a select few family members attending.

Jon Voight, Ange’s dad, was not invited to the big day and was seemingly unaware it was happening.

Despite not attending, he told Good Morning Britain that he’s proud of his daughter and happy to finally be able to call Brad his son.

The attendees and their roles:

Maddox and Pax Jolie-Pitt: Maddox, 13, the eldest of the brood, was originally adopted from Cambodia by Jolie in 2002, before she was with Pitt. Pitt was granted joint guardianship in 2006. Pax, 10, was adopted in 2007 from Vietnam. The two boys walked their mom down the aisle.

Zahara and Vivienne Jolie-Pitt: Zahara, 9, was born in Ethiopa and adopted in 2005. She and Vivienne, 6, one of Pitt and Jolie’s biological twins, were the flower girls, spreading petals gathered from the garden of the family estate.

Shiloh and Knox Jolie-Pitt: Eight-year-old Shiloh, who was born to the couple in 2006, and Knox, the twin brother of Vivienne, were entrusted with ring-bearing duty.

Jon Voight: The turbulence of Angelina and her Oscar-winning father’s relationship is well-documented. Jon, 75, was definitely not in attendance for her wedding, spending much of the past week in Hollywood hitting the pre-Emmy parties leading up to Monday’s big awards night. He was nominated for Best Supporting Actor in a drama for his role in Showtime’s Ray Donovan.

On Saturday alone – the actual day of his daughter’s wedding – Jon attended the Variety Women in Film Emmy Nominee Celebration at Gracias Madre and the Television Academy’s 66th Annual Emmy Awards Performers Nominee Reception at Spectra by Wolfgang Puck at the Pacific Design Center, both in West Hollywood.

It wasn’t until Thursday morning, while being interviewed on CBS’s Inside Edition, that Jon learned about the nuptials for the first time. Asked for comment, he replied, “That’s nice.”

He later issued the following statement: “It seems like it was a beautiful simple ceremony with all the kids involved. Must have been a lot of fun. I am very happy for them.”

James Haven Voight: Angelina’s 41-year-old actor brother – the one from that kiss! – hasn’t been photographed around Los Angeles recently, so it’s very possible that he was there for the wedding. The two have always been close, with Angelina declaring that she was “so in love” with her brother when she accepted her first Oscar for Girl, Interrupted at the 2000 Academy Awards.

Doug Pitt: Brad’s 47-year-old younger brother, was among the Pitt contingent at the wedding. He told The Insider with Yahoo on Thursday that the affair “was great” but that he was “letting them make all the statements.”

Bill, Jane, and Julie Pitt: Presumably Bill and Jane, aka Brad’s mum and dad, and the star’s sister, Julie, were also among the attendees, but they haven’t yet spoken out about the wedding.

George Clooney: Proving that the wedding was so top secret that even Brad’s BFFs like ocean‘s Eleven wingman George was caught unawares… when asked about it, he told The Insider, “How great is that?!!… I’m really happy for Brad and Angie and their whole family.”

Both Brad and Angelina had special wedding rings designed by jeweller Robert Procop for their wedding.

The LA-based designer previously designed Angelina’s engagement ring after they worked together on his 2010 collection in benefit of her Education Partnership for Children of Conflict charity.

And while Ange has kept her wedding band underwraps, Brad showed off his new ring yesterday afternoon at a photocall in Dorset for his film, Fury.

The couple are rumoured to have taken a quite a bit of time to design their rings, especially after their design for Angelina’s engagement ring took a whole year.

Procop told ABC: “Brad had a specific vision for this [engagement] ring, which he realised over a yearlong collaboration.

“He wanted every aspect of it to be perfect, so I was able to locate a diamond of the finest quality and cut it to an exact custom size and shape to suit Angelina’s hand. Brad was always heavily involved, overseeing every aspect of the creative design evolution.”

The couple acquired Chateau Miraval, located in the village of Correns in Provence, France, in 2008. Beyond its visual perfection and place in the couple’s hearts, the bride and groom likely had one powerful motivating factor in deciding to get hitched at this home: its seclusion.

Because of its location, size (more than 1,000 acres!), and layout, the estate is pretty much the closest you can get to a fortress to keep the paparazzi out (which it seems they succeeded in doing).

Furthermore, the sheer size of the place keeps the Jolie-Pitt clan far from the prying eyes of nosy neighbors, who were as surprised to learn of the nuptials as we were.

“No one in Correns knew a thing,” a town official told People. “It was a marriage which seems to have been carried out in total intimacy and absolute discretion.”

In addition to a 35-room main house, the property includes an ancient chapel that dates back to the 1200s where the couple exchanged there vows. It also features a working vineyard that spans more than 1,100 acres.

As for local wedding vendors, Brad made a stop at the massive home for 10 days in July to iron out some of the details and worked with a small florist (that clearly knows how to keep a secret) a few villages away, according to People.

Chateau Miraval has its own storied past rooted in the arts. In the 1970s, the famed jazz pianist and composer Jacques Loussier called it home, and since then, musicians ranging from Sting and Pink Floyd to The Cranberries and Sade have recorded music there.

Still, Brad and Ange wanted to make it their own, and they began renovations shortly after purchasing it from its American owner, Tom Bove.

“They have thinned some of the forest and renovated parts of it,” Bove revealed about the couple’s efforts to update the property.

“Miraval has 20 sets of terraces in the grounds, each one is half a mile long, they are huge and date back to Roman times, and Brad has started rebuilding them.”

As usual, however, the pair’s hard work no doubt paid off. Restored to perfection, Miraval looks as if it could have been plucked from the pages of a fairytale book. Red roofs and robin’s egg blue shutters pop against the surrounding greenery of the lush countryside, while a small lake completes the idyllic scene.

What’s more, however, it’s not only stunningly beautiful; it’s the foundation for a successful business.

In 2012, after restoring the estate, Brad and Ange partnered with the legendary wine-making Perrin family to produce their own vino. The pair were both heavily involved in the process, and, by 2013, their Côtes de Provence Rosé Miraval was declared the world’s best rosé… further confirming our suspicions that there’s nothing that Mr. and Mrs. Pitt can’t do.