Maybe all that cheesecake momentarily went to her head?

Looks like Britney was enjoying her time in the Cheesecake Factory so much that she forgot to pay her $30 bill.

Britney Spears and her boyf David Lucado were caught red handed strolling out of The Cheesecake factory in Thousand Oaks, california before forking out for their lunch.

With a doggie bag in one hand Brit was left red faced when she realized what she had done.
Now, obvs Britney felt rather embarrassed about the whole situation and quickly returned to the restaurant where she paid the bill as well as leave a $100 tip! 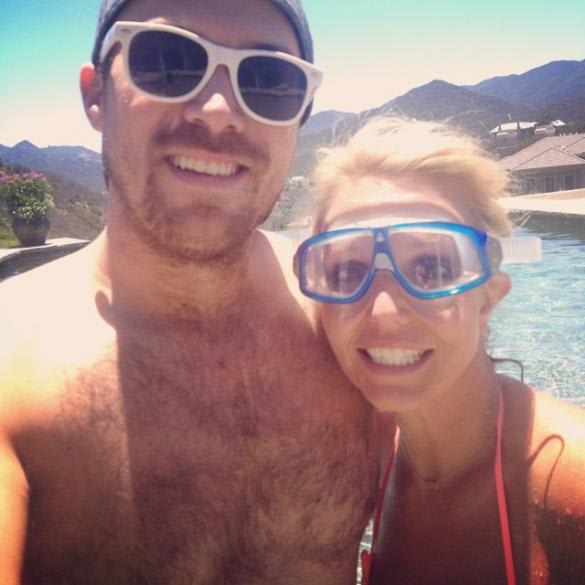 In other Britney-related news, it’s believed that she and David Lucado are ‘stronger than ever’ despite recent reports that they were on those pesky metaphorical rocks.

It’s even believed that they are planning on having a baby together.

According to website RadarOnline.com: “Britney cannot wait until the Vegas show is done because she wants to start a family with David. She says she will get pregnant as soon as the show is finished!”

“David is always with her in Vegas and they act like an old married couple together. He is really good with her kids and has taken to the father role pretty easily.”

And earlier this year Britney said for herself that she would love to have more children.

She said: “I would really like to have another baby, a girl. I think she would be like a mini-me. I think it’s going to be crazy. I’m not going to feel as alone in the world anymore. I’m going to feel like I have a second person, like, that’s me.”