Life’s tough when you’re the hottest supermodel in the world. Really, REALLY tough.

So tough, in fact, that modelling superstar Cara Delevingne is apparently struggling with some truly tragic #FirstWorldProblems.

Chatting about all the great things about her life – like free stuff and dating Harry Styles etc. – Cara let slip that being famous does have its down sides… like people always wanting to have sex with you.

It appears the 22-year-old is struggling from a severe case of ‘I’m too attractive’, meaning she always has to have female friends – and only ones who don’t want to sleep with her.

She told Allure magazine:  “I think it’s harder to become friends with guys, because guys just want to have sex with you.”

Tiny violins all round.

Thankfully, this does mean we’re one step closer to becoming her BFF, behind ‘wifey’, Nicki Minaj that is.

And if those famous fwends weren’t enough, she’s recently become bosom buddies with ‘wifey’ Nicki Minaj, with the two hanging out backstage at Jay-Z and Beyonce‘s On The Run tour in paris, snapping selfies together and giving each other advice.

A source told The Sun, “Cara has developed a new and deep friendship with Nicki.

“The pair have been talking almost every night since they met in Paris.

“Nicki has been giving her advice on everything from music to relationships. Cara has played Nicki music that she’s been working on to get feedback.” 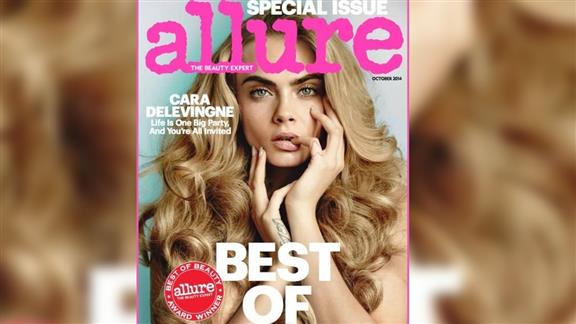 Caz isn’t letting any boys steal her thunder though, as she looks to be taking the world by storm one career path at a time.

Walking the world’s biggest catwalks for some of the universe’s most famous designers just isn’t enough for Caz. Instead, she’s looking to branch out into the world of singing and stuff with the help of some guy called Simon Cowell.

OF COURSE Simon is getting involved. If he’s not careful, his eyes are actually going to morph into pound signs soon.

Besides the fact that she’s also landed a load of film roles, Caz is keen to climb the ladder of musical success “organically,” with the help of small gigs and social media promotion. Apparently, she’s not even interested in Si’s offer of HUGE X FACTOR AND BRITAIN’S GOT TALENT SLOTS.

A source revealed: “Simon reckons Cara has the chance to be a huge star and make them both a lot of money. Simon’s people have met up with her on several occasions.

“They have not offered her a record deal but have been interested in talking to her. Currently she wants to do it herself.”

Best of luck to you Cara – but can you please chuck some of your talent-filled genes our way? Thanks.

[Simon Cowell In Talks With Cara Delevingne To Launch The Model’s Singing Career, Slow Down Cara!]

[Cara Delevingne Confirms Plans For Singing Career, We Take A Look Back At Other Models-Turned-Singers]