This is actually a little creepy.

It didn’t take long for the first name to be dropped in the Celebrity Big Brother house, and it’s a big one.

Oscar-winning actor, Gary Busey, stunned – and scared – his fellow housemates when he claimed that the ghost of Patrick Swayze visited him just days before entering the house.

Gary reckons that he has had a connection to the spirit world ever since his heart stopped during surgery following a motor cycling accident way back in 1988.

That’s a whole lot of dead people that he’s had a chance to have a chinwag with. 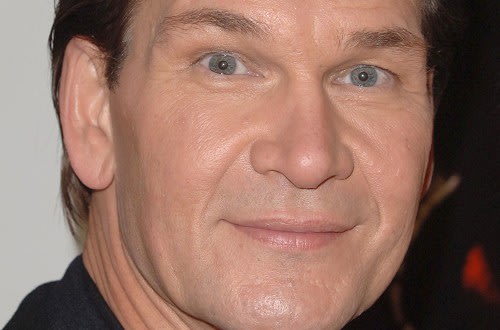 “I’ve been to the other side, after my death after brain surgery… So I have a connection to the spirit world.”

Squeaky-voiced George replied: “I don’t know if I would want that connection.”

To which Gary argued: “It’s a devine connection. Nothing’s bad unless you want it to be… You gotta take it the way it is or you won’t get it.”

Hmm, sorry Gaz but we’re going to have to side with George on this one.

Gary famously starred opposite the late Patrick Swayze in the 1991 cult hit Point Break, with Patrick sadly losing his battle with cancer in 2009.

This revelation follows Gary’s very… memorable… entrance to the show during Monday’s launch night, as the joys of live TV really came through when he seemingly refused to enter the house.

Adamant that he was supposed to be asked three questions before going in, the 70-year-old actor was eventually escorted in by the host, Emma Willis.

The pair dated for two years before breaking up in 2010, but apparently it wasn’t all that memorable for the veteran actor.

Upon him entering the house, Frenchy went up and hugged him… Only for him to ask what her name was.

Yup, he asked his ex-girlfriend for her name.

After a few VERY cringeworthy moments he finally twigged that he knew her and pulled her in for another hug.

Gary is currently dating Steffanie Sampson, the mother of his four-year-old son, but who knows if old flames will ignite between he and Frenchy in the Celebrity Big Brother house.

Although, we highly doubt it – the fact that he couldn’t even remember her tells us that this is a ship that has well and truly sailed.

Which is a shame for reality star Frenchy, who could probably do with a friend in the house after being booed on her way in.

We can’t imagine why.

Anyways, this series of Celebrity Big Brother is already shaping up to be all kinds of amazing, and with Gary’s special ‘gift’, who knows?

Maybe a deceased A-Lister will be making a surprise appearance sometime soon.

[ Who the heck is Angelique Frenchy Morgan?! ]

[ CBB's Lauren; Before And After Surgery ]