We’ve seen it WAY too many times recently, a celeb goes on holiday and just happens to be papped running down the beach in the most unflattering bikini picture collection of ALL time.

Next thing you know, they’re papped working out in their local park (casual) – wearing a cropped top despite never wearing one before in their lives – with a personal trainer who just happens to be building their profile.

Give it about six months and said celeb will be stepping out in a tight-fitting ensemble and retweeting the MailOnline’s ‘shows off slender figure after losing 5 stone’ article.

Then comes the weight loss DVD… and the double page spread in Closer/Now/Heat/etc. alongside a lengthy interviewing explaining their new method of Fitness that takes them 5 seconds a day to do (no mention of the strict diet that goes with it, though, right?).

So, with all this in mind, is it any wonder that people are starting to question whether celebrities who have gained a few extra pounds post-holiday season are setting up their very own ‘bad bikini pictures’ in order to promote their upcoming DVD deal?

Even TOWIE’s Ferne McCann has cottoned on to the trend, snapping: “I feel really strongly about celebs who pile on the pounds and then publicly flaunt their weight loss to get a fitness DVD.

“Recently, Chantelle Houghton was out in a tiny crop top while exercising. I thought, ‘Good for her getting into shape’ – but we don’t need to see it all hanging out to know you’re doing something about it.”

Here, we look at some of the most dramatic weight loss ‘before and after’ pictures of all time…

Poor Clare was mortified after seeing snaps of herself in a bikini, embarking on an epic weight loss regime and eventually releasing  one of the most popular fitness DVDs of all time.

Nadia made a huge song and dance about her weight loss journey, dropping down to a size 8 in 2010.

Last year she said it wasn’t much fun and she’s much happier now that she’s at ‘a normal size’.

Natalie decided she wasn’t happy with her figure and embarked on a journey of fitness and dieting, later applying some fake tan, releasing a DVD and posing on a beach for the paps.

Last year she admitted her dieting made her vastly unhappy and revealed she had even resorted to taking laxatives to keep the weight off in the throes of her publicity days.

Claire said her weight ballooned after the glory days of Steps and decided to appear in her own weight loss TV show, Claire Richards: Slave to Food, to get herself into shape.

After ditching the weight, Claire released a DVD, before putting the weight back on again and admitting she was much happier as she was. 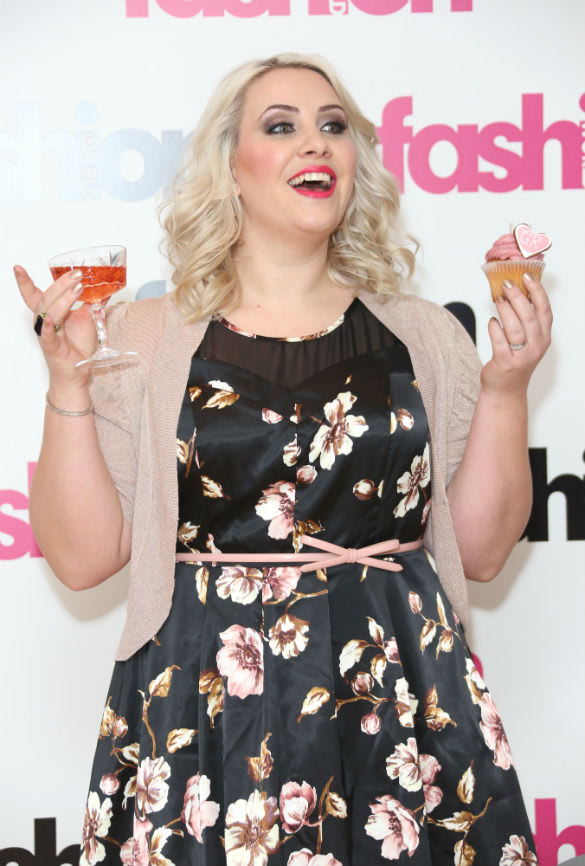 After winning Ultimate Big Brother in 2010, Josie made a point of saying she was happy with her body as it was.

Fast forward to a few months later, and she was being papped on a beach for snaps which would eventually become those all-important ‘before’ pics.

A few park workouts later and she was down to a size 10 from a size 20, admitting she wanted to lose more weight and be a size 8. She recently admittied she wasn’t happy with her super slender frame and that she looked “like a crackhead” at her thinnest.

Ever the yo-yo dieter, Kerry Katona was so displeased with bikini pictures of herself that she embarked on a mission to lose weight by undergoing £15,000 worth of surgery in 2008, including loads of lipo etc. and a TV deal to pay for it.

In 2009, she saw the below snap of herself in a bikini and decided to get more surgery (with a spread in OK! Magazine to pay for it), slimming down to a size 8.

We’re losing count, but we’re pretty sure she put it back on again before going on Dancing On Ice, losing it again through training, then releasing a DVD before getting pregnant with baby number 5.

After admitting she ‘ate her feelings’ when she split with her boyfriend, the Geordie Shore star was snapped wearing an uncomfortably-tight bikini and eating an ice cream on the beach abroad.

Seeing the snaps, Vicky said she was “convinced they had been photoshopped” and was appalled at her body, hiring a personal trainer and tweeting pictures of her shopping basket (filled with nothing but soup and greens) for six months.

And, yes, you guessed it, a few park workouts later she announced that her fitness DVD was due out in time for Christmas last year, seeing her drop from a size 16 to a size 6.

Chantelle lost two stone at a weight loss camp in 2010, before releasing a “fun and easy” workout DVD and doing the press rounds to match.

Chantelle has since put all the weight back on and and was recently – low and behond – snapped running along the beach with a handful of unflattering snaps later appearing across the tabloids.

She has since been papped working out in the park and wearing a cropped top.  The second DVD is yet to be announced.

Chanelle was happy to flaunt her size 8 body when she came out of the Big Brother house in 2007, appearing in several lingerie shoots for the Daily Star. But after having a baby with Jack Tweed, she totally disappeared from the limelight (apart from the ongoing topless pictures on Twitter).

At the tail end of last year, Chanelle was snapped in an array of ‘jumpy’ pictures abroad, including one great ice cream shot, as always.

Just a few weeks later, Chanelle was then snapped working out in a park with a personal trainer and talking about her weight loss to anyone who would listen.

The DVD is yet to be announced, give it a few months.

In 2012, Gemma said she had turned down £300,000 to do a fitness DVD and instead launched her own plus-size fashion line.

But a few weeks ago, Gemma was snapped wearing a bikini (depsite always wearing swimsuits on previous holidays) and throwing some worryingly-posed shapes on a beach in Dubai, sparking chatter that a weight loss DVD might be in the pipeline for 2014.

Oh, and there were some park workout snaps of her floating around the picture desk this week…