Well, they do say all women love a bad boy.

Cheryl Cole’s new husband is reportedly a ‘wild man’ who ‘can’t be tamed’ according to his pals.

One of his ‘close friends’ has spilled the beans on JB to The Sun suggesting Cheryl keep an eye on her new man due to his appreciation of the fairer sex.

Curtis Jones was JB’s boxing coach for six months while he lived in New York and says how the pair spent many a crazy night out together.

“He definitely has an eye for the ladies and they love him too. When we used to go out together they would flock round us,” he says. 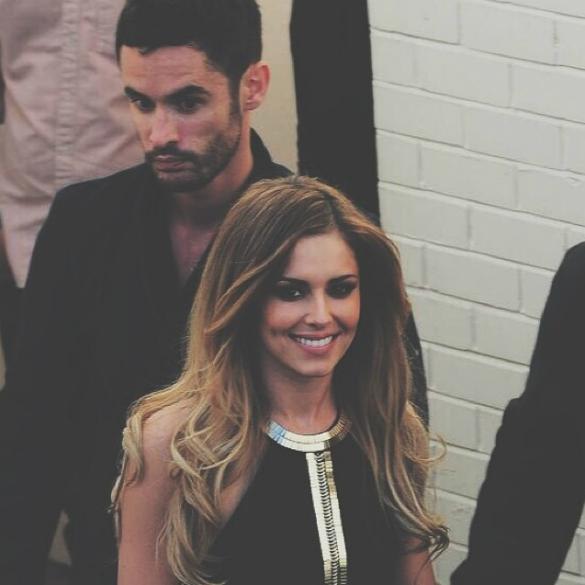 And by the sounds of things ol’ JB is pretty er, sociable to say the least. Over to you, Curtis:

“On a typical night out we’d have to shake hands with nearly 100 people before we got through the door.”

We trust they remembered to take the sanitiser.

“Once we were in the club they’d be bringing bottles to our tables — and then the girls would follow. I’m sure he is going to settle down but he’ll still love to party,” he added.

However, we reckon this is no problem and Cheryl can just join in the parties (perhaps without the trail of women….).

In the words of Mark Wright: the couple that raves together, stays together.

By MazSightEarlier this week we stumbled across an old article about Cheryl Cole‘s new hubbie which basically agrees with Curtis’ version of events.

The piece from The New York Times back in 2002 described the popstar’s other half as ‘Eurotrash’ and a ‘playboy’.

In the piece, journalist Julia Chaplin describes meeting Jean Bernard in a Manhattan nightclub, where he basically just talked about all the gorgeous women in his life.

‘”Look, there’s that beautiful girl I met in Monaco last summer,” said Jean Bernard Fernandez-Versini, 21, a New York University student from France, who summers on the Riviera, spends winter vacations in St. Barts and took last year off just to party,” it says.

The piece continues: “Mr. Fernandez-Versini’s evening had gotten off to a bumpy start. He had canceled his usual 10:30 p.m. dinner with an entourage of models and european friends at Downtown because Giuseppe Cipriani, one of the owners, was in Italy.

“‘It’s not the same energy when Giuseppe’s not there,” Mr. Fernandez-Versini said in a thick French accent. Instead, he rerouted to Serafina on Lafayette Street.

“There he spied a stunning young woman at a long table for 20, and jumped up to whisper to one of the restaurant’s promoters, “Can you ask her to come over to my table when I’m finished eating?”

“She joined Mr. Fernandez-Versini as soon as he’d washed his last bite down with a Red Bull and vodka. “Come to St. Barts for New Year’s!” he proposed.”

While you *might’ be thinking ‘douchebag alert’, we reckon that we were ALL pretty differernt when we were 21, and it’s TWELVE YEARS AGO FOR GOD’S SAKE.

Despite his partying, Jean Bernard managed to bag himself two degrees and start his own business… plus he’s a massive hottie.

Also – he seems completely besotted with Cheryl. We think she’s on to a winner!