It went straight in at number one!

But it seems that Cheryl Cole‘s smash hit comeback single ‘Crazy Stupid Love’ was actually offered to another pop princess before her.

Although the track seems pretty darn perfect for the former Girls Aloud star, it was actually Kylie Minogue who was given the catchy tune first, according to The Sun.

A music industry insider revealed that the 46-year-old liked the song so much that she even went so far as to record it… but was later advised NOT to include in on her album. 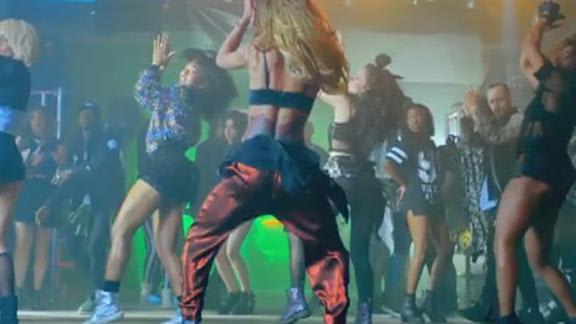 The bosses at Kylie’s new label Roc Nation have apparently been pushing Kylie in a more R’n’B direction and they felt that ‘Crazy’ Stupid Love’ was way too ‘poppy.’

The source said: “Kylie recorded the track with songwriter Wayne Wilkins and loved it. But Roc Nation felt it was too pop. They wanted her tracks to have a cool R&B edge.

But luckily for Chezza, it later came her way and she snapped it up, putting her own mark on it.

The insider added: “Months later Cheryl was in the studio with Wayne working on other album tracks and he played it to her.

“She knew she had to have it but decided to re-write a lot of the verses to make it her own, and that’s why she has a writing credit. It was also her idea to get Tinie Tempah to rap on it.”

While Kylie might have missed out on the chart-topping track, she probably had more on her mind this week as she closed the Commonwealth games looking *seriously* amazing.

Dressed in full-on ‘showgirl’ outfit, she looked SO BLIMMIN’ GOOD as she performed classics including Love At First Sight and Locomotive.