David Bowie is an iconic musical legend, so of course he isn’t going to be too scared to offer some, erm, constructive criticism when another artist sends him their music.

Coldplay frontman Chris Martin found this out the hard way, when he emailed Bowie with a track that he wanted the artist to lend his vocals to only for the 67-year-old to come back and tell him that he won’t do it because the song just isn’t good enough.

Speaking at the inaugural BBC Music Awards last week, Chris admitted to NME: “One time I sent him a song to ask him to sing on it. He called me and said, ‘It’s not one of your best’.”

However, Gwyneth Paltrow’s ex took the knockback in his stride, adding: “He’s got very high standards and I appreciate that.

“It inspires the rest of us to keep our standards high.”

And despite much pushing, a coy Chris refused to reveal which song it was that Bowie had deemed ‘not one of his best’, and we couldn’t even begin to guess. 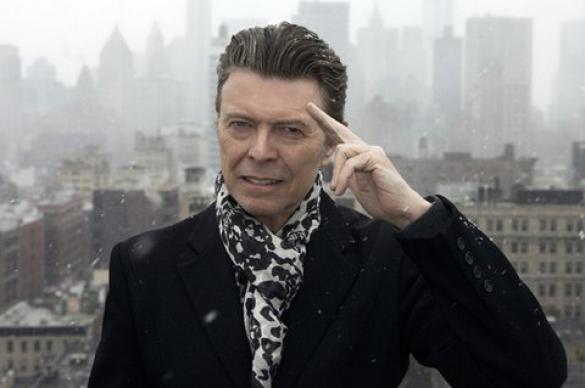 Despite the duet rejection, the 37-year-old was full of praise for Bowie’s most recent album ‘The Next Day’, saying: “When ‘Where Are We Now?’ came out I was stagger, and also annoyed.

“Like, come on, it’s not fair. He’s already got all these amazing songs and then this instant classic.”

As for Coldplay’s own album? Chris reckons it’s more like the Harry Potter series.

Speaking about the band’s upcoming album, currently titled ‘A Head Full Of Dreams’, the singer said: “It’s our seventh thing, and the way we look at it, it’s like the last Harry Potter book or something like that.

By MazSight
“I have to think of it as the final thing we’re doing, otherwise we wouldn’t put everything into it.”

Chris, love, you’re not really being clear – Are you trying to tell us that this might actually be your last album?!

Because if you are, we might just need to have a lay down and a cry.