When Destiny’s Child had something of a mini-reunion at the Stellar Gospel Music Awards last month, we really thought all of our dreams had come true and that the trio would be returning to our radios for real.

However, it turns out that the lovely ladies were introduced by their individual names rather than as ‘Destiny’s Child’ – and it’s something they want to continue with if they do a reunion tour, so that they can ‘cut’ Beyoncé‘s dad out of the picture.

According to the MailOnline, the trio want to do a ten-year reunion tour AND a reunion album, but won’t use their group name so that they don’t involve Matthew Knowles.

Well, they did always take pride in being Independent Women.

None of the three want anything to do with Matthew, who managed their individual careers too at one point.

Kelly Rowland fired him back in 2009, with Michelle Williams following suit in 2010. After accusations that he’d stolen money from her, Bey also cut all ties with her dad in 2011.

A source told the site: “Although Destiny’s Child is made up of the three ladies, Beyoncé’s father and former manager Mathew Knowles owns one-fourth of the group as well.

“Anytime they do anything under the name Destiny’s Child, he has involvement in it and money from it.

“That it was claimed Mathew stole money from Beyoncé and then he sued to prove that he didn’t was bad enough.

“But all of the extramarital affairs and children outside the marriage just made it so that Beyoncé doesn’t have anything to do with her dad at all.”

Bey’s mum Tina filed for divorce from Matthew after Alexsandra Wright gave birth to his child. In 2014, it was revealed that he’d fathered a second child, a daughter named Koi, now four-years-old.

The source adds that Beyoncé did invite her dad to meet adorable daughter Blue Ivy in 2012, with their conversation documented for ‘Beyoncé: Life Is But A Dream’.

However, she then stopped all communication again, with everything now discussed via her assistant’s work email address.

The girls now want to go out on their own reunion tour, but cannot work out how to go about things without Matthew. 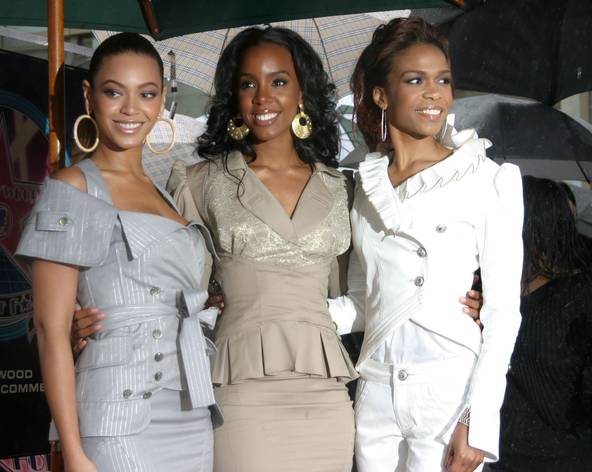 The source explained: “The problem is they can’t figure out how to nix Mathew from the deal. They all want more than anything to give the fans one last run of the group, especially since they all have their own individual success, but don’t want to deal with Mathew.

“At best they maybe could offer him a flat rate or one-time settlement to buy out his portion of the group, but otherwise we may never get a Destiny’s Child reunion because none of them want him to benefit financially.”

The source also claims that he would be unlikely to let them complete any deals without him.