EastEnders has had us scratching our heads and doing our best best Sherlock Holmes impression ever since Good Friday last year, when pretty cocaine addict, Lucy Beale, was bumped off in a mysterious murder.

With the grand reveal of ‘whodunnit’ being promised for the 19th February, we don’t have too much longer to wait until we are put out of our misery, but it seems as though actor Jake Wood, who plays lothario suspect Max Branning in the show, has already revealed that he’s the one behind the grisly deed.

Alright, alright he was joking – but still, worth a mention, right?

The soap star turned Strictly Come Dancing legend was at the world Darts Championship, which was being broadcast live on Sky sports, when the apparent confession was made.

Sitting in the audience, the cheeky actor was prepared for the camera to pan to him and decided to mess with the audience, promptly holding up a sign that read: “I killed Lucy!!” as soon as he appeared on screen.

Complete with the shock face emoji.

The actor was quick to take to Twitter and retweet a message of defense from a fan, which reminded the people who were up in arms by his ‘spoiler’ that actually, nobody knows who killed Lucy yet.

Not even the actor who plays the grisly character.

It makes me laugh that everyone thinks Max killed lucy because he held up a sign on tv. Yet none of the actors will know until live show

So everybody calm down, yeah??

How Lucy met her demise will be revealed during a live week in February, which has been orchestrated to celebate thirty years of the show gracing our television screens – and that’s not even all the fun.

It was announced earlier today that in honour of one of the biggest ‘whodunnits’ in the soap’s history coming to an end, Easties will stage a special flashback episode, which will retrace the steps of Good Friday as we see Hetti Bywater reprise her role one last time. 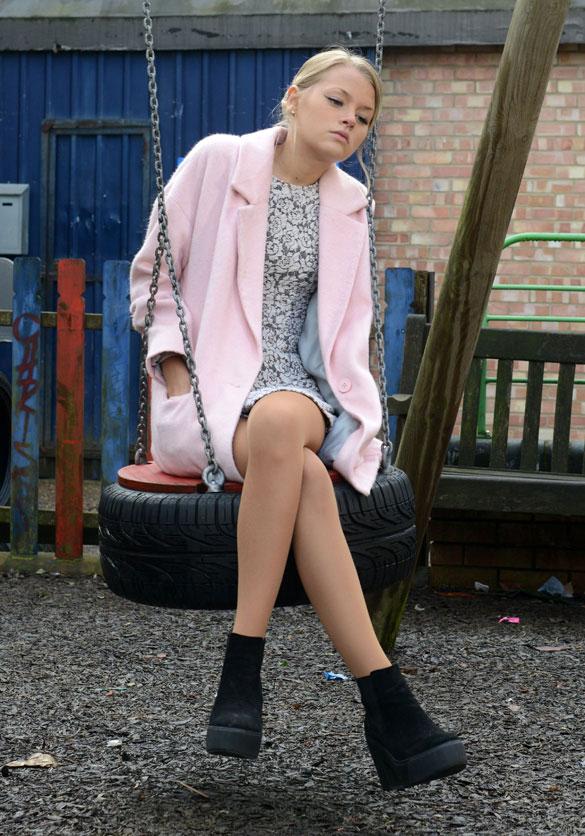 Discussing the big decision to have a live, LIVE, flashback ep, exec Dominic Treadwell-Collins shared: “When we first created the Who Killed Lucy Beale storyline, we knew that we had to flash back to the night that she died on screen.

“So much happened on Good Friday 2014 after viewers saw Lucy leave her home and walk off into the night – and this Flashback episode will fill in the pieces for the rest of that night, before she was killed.

“This also gives us the opportunity to have some fun with other characters, with new twists appearing in old storylines as secrets from the year before are revealed.

“With the added live element for some scenes, this is going to be an extremely special episode and the pearl within our week of celebratory episodes for EastEnders’ 30th birthday. ”

WE CAN HARDLY CONTAIN OUR EXCITEMENT.

Hetti said “it’s great to be part of the conclusion”, and is obviously super excited to discover how her character died, with Jamie Lomas, who is also returning to his role as Jake Stone adding: “It is an honour and a privilege to be part of the 30th anniversary celebrations.

“It was always part of the plan between Dominic and myself that I would come back for this special episode that will fill the blanks in for the viewers.

“I always loved my time at EastEnders so I can’t wait to get back and start filming these scenes.”