Our fave ginger popstar teamed up with the Simply Red crooner, who is well-known for his curly, ginger locks for this brill selfie, captioning the snap with: “Alright dad.”

Although they may resemble a father and son, we can’t help but wonder if this is actually a glimpse into Ed’s future?

Because if that is the case, Mick’s recent revelation that he has slept with over a thousand women throughout his career is no doubt a slightly daunting challenge for poor ol’ Eddie. 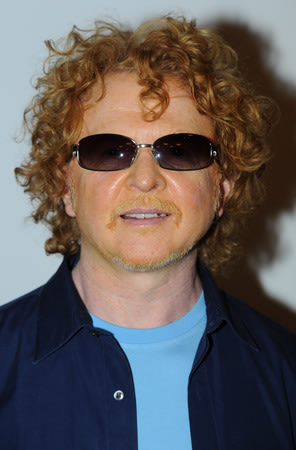 The slightly sick-inducing statistic came when The Telegraph quizzed the 54-year-old about whether or not the rumours surrounding him reaching such an, erm, astonishing milestone were true and he replied: “It probably is.

“I’ve not denied that but I never claimed it. I never bragged about it. I don’t keep count. I’ve no idea, but I would think over a 25-year period that’s probably reasonable to say.

Despite living like Casanova for 25-years, Mick is now happily married to wife Gabriella Westberry, and together they have a seven-year-old daughter, Romy.

In fact, Mick is so settled in his new family life that he has since admitted that they were a part of the reasoning behind Simply Red’s split, as he didn’t want to miss the important first years of Romy’s life by touring.

Interestingly enough, Mick’s popstar career truly picked up pace during his early twenties, meaning that 23-year-old Ed still has all of this rock-and-roll lifestyle to look forward to.

But before he gets round to that, Ed has much more important issues at hand, such as his sell-out tour and teaming up with a host of other stars for the Band Aid 30 line-up.

[ One Direction Are CONFIRMED For Band Aid 30 ]