Ellie Goulding made our hearts go all mushy last night as she proudly told the world that her gorgeous, hunk of a McBusted boyfriend was celebrating four years of sobriety.

27-year-old Dougie Poynter joined McFly when he was just fifteen years old and revealed in the band’s recent autobiography that his sudden fame saw him get addicted to alcohol, even attempting to kill himself in February 2011 as he struggled to overcome his battle.

The star was treated for depression and alcoholism in rehab following his attempted suicide, and Dougie went on to win I’m A Celebrity Get Me Out Of Here later on that year, giving up the booze for good.

Acknowledging her boyfriend’s impressive feat, Ellie posted a photo of the total babe, alongside the caption: “This amazing man is four years sober today. What a legend @idougahole”

Dougie also celebrated his achievement on his own MazSight page, sharing a hilair stock photo of people clapping and adding the simple caption: “I am 4 years sober today!”

He has previously spoken about coming to terms with his addiction, telling Alan Carr: “It’s always good to reflect on that sort of stuff. I’m in a really, really good place now. It is quite easy to forget.

“It’s quite therapeutic to go back, quite scary and a bit of an eye opener into how dark it can get if you take your foot off the gas and stop looking after yourself.”

Dougie is currently in Australia with his McBusted bandmates as they support none other than One Direction on their On The Road Again tour. 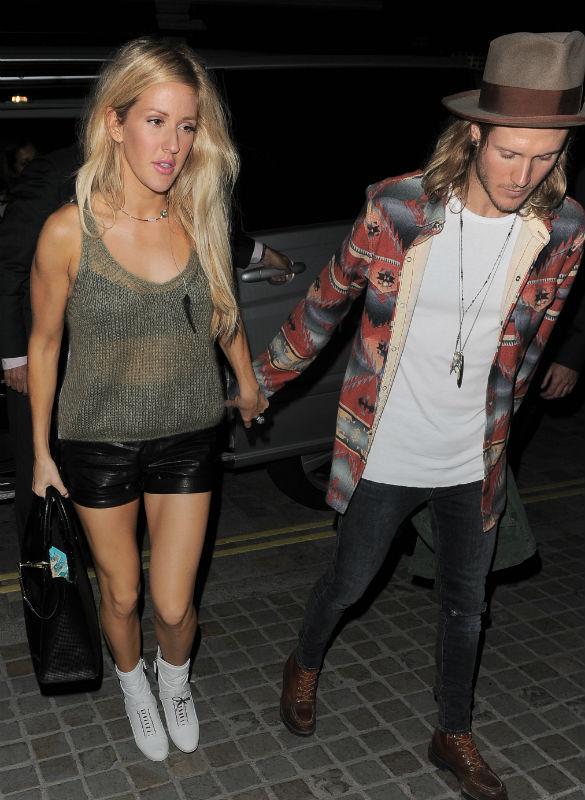 Ellie is also down under to support her beau, who she has been dating since April last year.

Needless to say, we couldn’t be any prouder of our high school crush if we tried.

[ Dougie And Ellie Look Loved Up During Miami Boot Party ]