Look who has come back to Twitter with a massive update message.

Gary Barlow has returned to the social media site with a heartfelt apology to anybody who he had offended with that controversial tax scandal earlier in the year.

The singer took an understandable break from social media in May, after his account was hacked and a troll posted a vile message about Gary’s stillborn child – seriously, that actually happened.

How low can you get? 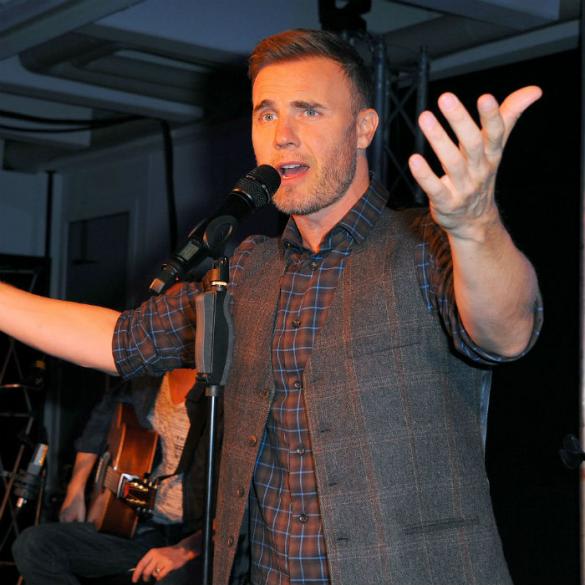 The 43-year-old had obviously been bottling up quite a bit of news during his absence as he marked his return to Twitter with a very long update message, which read: “Hey everyone! I’m back from 7 productive weeks in the US and I’m back on Twitter!

Hey everyone ! I’m back from 7 productive weeks in the US and I’m back on twitter !

“I’ve had a break from twitter after someone hacked my account and some very upsetting and disturbing text was written.

“Over the Summer I’ve remembered that I have so many supporters, friends and fans on here so why let 1 person ruin all the fun.

“I want to apologise to anyone who was offended by the tax stories earlier this year. With a new team of accountants we are working to settle things with all parties involved ASAP.

I want to apologise to anyone who was offended by the tax stories earlier this year.

“We have been working since the new year on a new Take That studio album. We are extremely excited about it ! It has been 4 long years since the last one.

“It’s so nice to be back in the band ! While in the US my first musical ‘Finding Neverland’ opened for previews in Boston. I even met a few faithful fans at the opening night !

“It’s been an amazing experience and our show is heading for Broadway in early 2015. I’m looking forward to singing at Elton Johns ‘End of summer’ party on Thursday”

He then went on to retweet A WHOLE LOAD of fans, congratulated the new X Factor judges, shared a photo of a dog and then went to bed.

Gary was rocked by a massive tax scandal earlier in the year when it came to light that he, alongside other public figures, had been using a legal loophole in the system to save himself millions of pounds in tax.

Everybody was furious – David Cameron even made a Take That pun about it.

So there’s no doubt that his apology and vow to “settle things” with a brand new team of accountants, who no doubt avoid legal loopholes, will appease his critics.

But more exciting than the apology is the news that there is definiely going to be another Take That album sometime in the near future, which we kind of already knew but shh – let him have his moment.

Gary, if you hurry up with the first single we’re sure Simon Cowell will give you the standard former-X-Factor-judge treatment and invite you along to perform on one of the live shows.

It worked for Tulisa after all.

If that doesn’t tempt you and the boys to get a move on then we don’t know what will.

[ Take That In Mid-Air Plane Drama ]

[ Gary Barlow: One Direction Need To Take Care Of Eachother ]