Gary Barlow has turned his fandom into the marital version of The Hunger games with his newest proposal (hehe geddit?) for 2015.

The former X Factor judge vowed (okay, okay, we’ll stop) to perform at the Weddings of three lucky fans, with the only catch being that nobody will know if they are the chosen one until he rocks up at their big day. 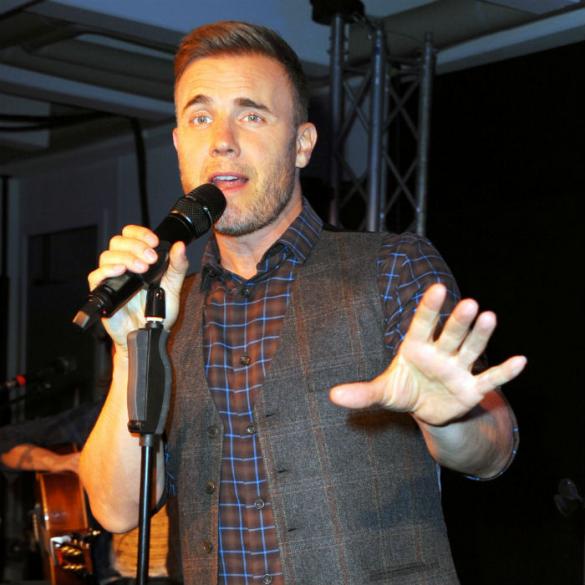 Erm, we reckon a few thousand Take That fan brides are going to end up having a *bit* of a disappointing wedding when Mr. Barlow doesn’t make a guest appearance at their reception.

Announcing his big plan to his legions of adoring followers, Gary wrote: “Ready for some fun ?

“Every week I receive thousands of requests to sing at someone’s Wedding !

“In 2015 I want to sing at 3 weddings. The only deal is they have to be HUGE fans and all you have to do is stalk me on here.

And all you have to do is stalk me on here

“I won’t publish on here which weddings till after the event.

“In the past best friends have organised these things so if you want to keep a surprise no problem. Well the good news is there’s lots of weddings !!!!!! ;).”

Erm, Gaz doesn’t exacly specify what he means by the fans having to stalk him on Twitter, but we’re sure he doesn’t want you to start hiding in the bushes outside his house or anything.

Try and keep it a little bit cool, yeah?

Unfortunately, these positions appear to be going quicker than hotcakes on a cold day, with Gary announcing earlier today that he is already one wedding down, tweeting: “Ok we’re 1 wedding down ! Really looking forward to it [SIC]“

Ok we’re 1 wedding down ! Really looking forward to it

Who could the lucky bride/ groom be?!

We’ll have to wait and see to find out…

[ Gary Barlow: My Fans Don't Care About The Tax Scandal ]