We’ve waited long enough for the Geordies to get their ‘mortal’ faces on and make a comeback.

So we’re thrilled to see that things kick off with a ‘bang’ during tonight’s Geordie Shore season 8 premiere. Actually, several bangs.

With two new lads in the house – fitties Aaron Chalmers and Kyle Christie – we were fully expecting some serious GS incest in episode one. And that’s exactly what we’re getting.

With Marnie on full ‘look at my amazing bum’ mode, it doesn’t take long before she’s wrapped up in the shag-pad with Gaz, who appears to just ‘get the job done’ so that Aaron doesn’t.

Proclaiming his lust, he chirps: “F*ck it, I’m putting my foot down. It’s something I’ve wanted to do for ages, and finally I’ve done it!

“Whether it’s my bed, the sink, the shower or the water bed, we are spooning tonight.” 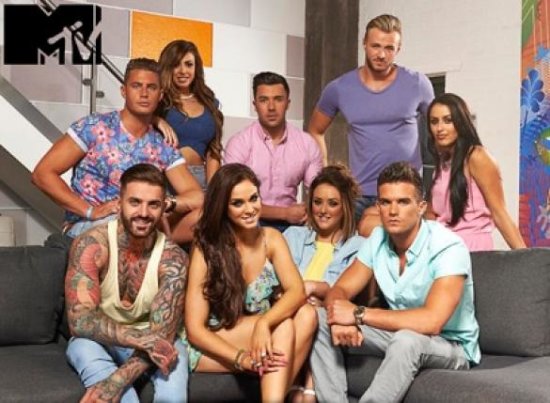 Bit awks for Scotty T, who spent last series trying desperately to seal the deal with her.

Meanwhile, Holly admits she had a previous fling with Aaron, who seems to want to rekindle their shagmance after losing Marnie to Gaz.

And while it’s all duvet tent fun, Gaz recently admitted he had absolutely no recollection of his night with her, insisting he was as shocked as we are to see her in his bed the following morning.

Gaz went on to say that he and who ever he hooked up with weren’t the only ones in the house doing the canoodling, which leaves us believing that this will probs be the dirtiest season ever.

He added: “To be honest, everyone came in and it was like incest. Usually we’re all out shagging, but this time around it’s all in the house. It makes it so much better.”

Oh, and he DEFINITELY ends up in some sort of sex triangle, by the looks of those latest pictures of Marnie crying outside a club in season 9.

“Like normally, I bang 9 or 10 girls a series, but I banged 3. It felt like a much better series, the house interacted more and it worked a million times better,” he added.