He’s getting married in the morning!

According to reports, the world’s former most eligible bachelor will be officially off the market as of tomorrow.

Yep, get out those hankies because the sad day is fast approaching – George Clooney is set to wed the gorgeous Amal Alamuddin in around 24 hours time.

We can get through this together.

Although the ceremony will be taking place in London so any city-dwellers are able to try their luck and crash the Wedding Busted style if they really want to.

But they probably shouldn’t.

The actor will apparently be marrying Amal in a small, civil ceremony in his bride’s home city on the 12th of September, with just family members present.

But don’t worry, George didn’t outright lie to us when he said that he and Amal are going to be wed in Venice – the couple plan to jet to Italy after the formal ceremony for a lavish celebration with all of their friends and family in attendance.

Hey, why not have two wedding parties? Who are we to judge?

The couple looked seriously loved up as they made their red carpet debut at elite charity event Celebrity Fight Night over the weekend, which was held in Italy.

It was during his acceptance speech that George revealed their plans to celebrate their upcoming nupitals in that country. Taking to the stage the 53-year-old said: “I met my lovely bride-to-be here in Italy, whom I will be marrying in a couple of weeks, in Venice of all places.”

Speculation had been rife that the two will be getting married in September, with Amal being spotted at the Alexander McQueen headquarters, who were the masterminds behind Kate Middleton’s wedding dress, and just last month the 36-year-old was reportedly spotted obtaining a wedding license at Kensington and Chelse registry office.

We have to say that after the surprise of Brad Pitt’s wedding last month, which was so top secret that even his BFF and oceans 11 wingman George Clooney didn’t know about it, it was nice of George to provide us with some more detailed wedding information.

We just hope that we get to see some pictures! 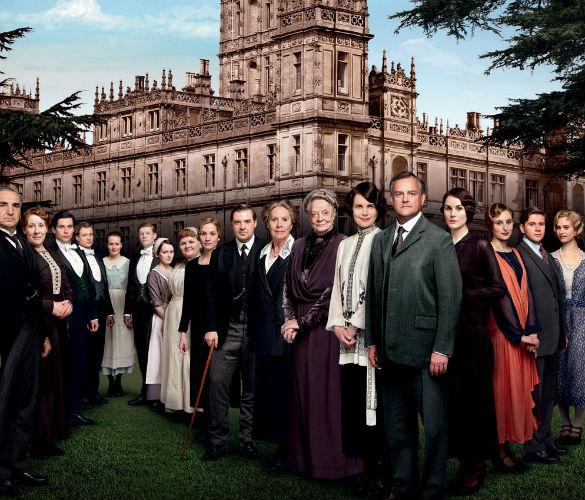 Earlier today it was revealed that the Oscar-winning actor will be making an appearance in the Christmas special of British period drama Downton Abbey, which explains why he was hanging around the Hampshire estate where the show is filmed.

When he was originally spotted there the rumour mill went into overdrive, suggesting that George was planning on using the castle as his wedding venue, which, now we know the real wedding plans, was clearly just an elaborate cover story to keep his Downton appearance a secret.

You’re a crafty one, George Clooney – we have our eye on you.

[ George Clooney Is Officially Off The Market ]