George Clooney made hopeless romantics everywhere reach for the hankies during last night’s Golden Globes, with the star getting emotional as he gushed about his wife, Amal Alamuddin, whilst he accepted the Cecil B. DeMille Lifetime Achievement award.

Taking to the stage with a twinkle in his eye, the 53-year-old’s speech began on a relatively light-hearted note, with the actor quipping about his critically panned film, Monuments Men, before veering into lovey dovey territory.

Addressing his blushing wife directly from the stage, George shared: “It’s a humbling thing when you find someone to love… Even better when you’ve been waiting your whole life.

“And when your whole life has been 53 years, well y’know…

“Amal, whatever alchemy it is that brought us together, I couldn’t be more proud to be your husband.”

In other news, we have never felt more single and alone in our lives.

Gorgeous human rights lawyer, Amal, looked ever so slightly embarrassed by the very public declaration of love as she remained shyly seated but totally unable to hide the massive grin from her face.

And why the heck should she?! She nabbed George bloomin’ Clooney, for pete’s sake.

Just in case you were totally disconnected from the world after last summer, George and Amal got hitched in the Wedding of the year last September, with a lavish ceremony in Venice and reports saying that they dined on lobster, drank tequila, danced to The Jackson 5, and chilled with celeb pals such as Bono and Matt Damon.

Y’know, a totally casual kind of do.

Luckily for us nosy parkers, the generous duo sold the rights to their wedding snaps to Hello! and People magazine, donating the full fee to a handful of Human Rights charities.

Thanks to their goodwill gesture we not only got to see the pictures from the big day, but we also got to hear all the goss from Amal’s mum, Giorgio Armani, and the groom himself. 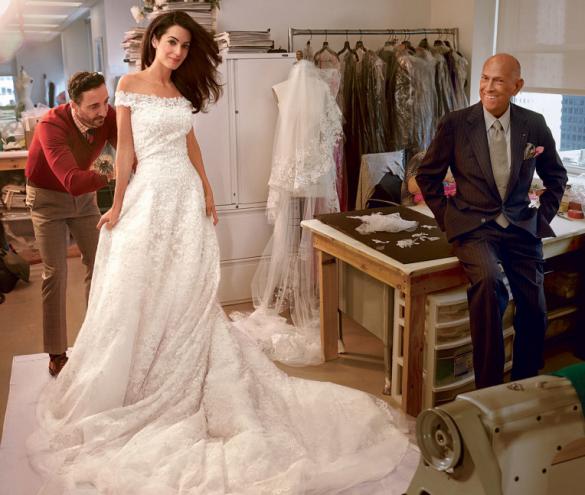 George told the mag that being married “feels pretty damn great,” as he and Amal apparently “radiated love all night”.

Amal’s mother, Baria, said of the do: “The wedding was so unbelievably special, it was legendary. These three days – the friends, the family, the atmosphere, everything – will stay with me all the rest of my life.” 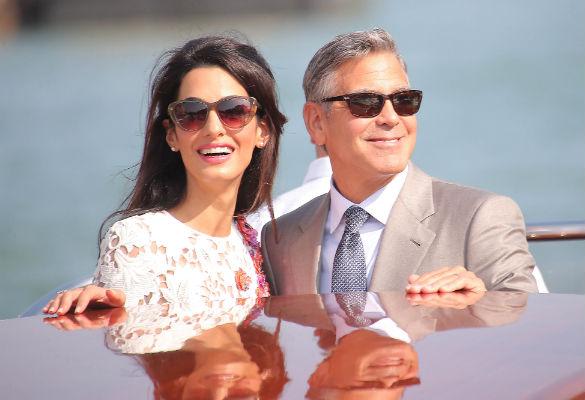 Mama Alamuddin was one of four to address the reception with a speech, poignantly addressing her son-in-law to say: “George, we love you truly, deeply, and sincerely. We enjoy your charm, wit, intelligent conversation, and generosity.

“You are simply perfect.”

Ooft, looks like it’s not just George who has a knack for loved up public speaking, eh?