This morning we are mostly thankful for white T-Shirts. And rain.

Sometimes, the universe aligns to create a sequence of events that are just so fantastic you have to pinch yourself just to check that you are not dreaming.

And that is exactly what happened to these lucky One Direction fans when, earlier that morning in Washington D.C., Harry Styles decided to put on a white T-Shirt.

Then, the heavens opened and it started to rain. A lot.

And then? You bump into wet ‘n’ wild Harry and pose for the greatest fan pic EVER.

Widely-known as one of the friendliest celebs on the planet, good old Hazza was more than happy to stop in the TORRENTIAL RAIN to make sure that these fans got their photo op, good on ya Harrry!

Before we move on, let’s revisit this snap of Harry’s bandmate Liam Payne. Just because. 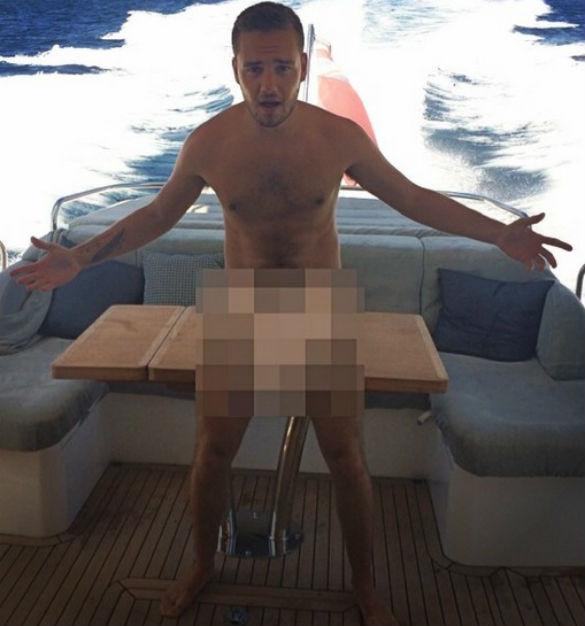 Anyways, One Direction aren’t just about wet T-Shirts and naked MazSight pics you know because elsewhere, and sadly fully clothed, the boys have revealed some deets about their upcoming studio album.

Following up from their dabble in the pop-rock genre, Niall revealed that their newest record will be evolving even more, saying: “I think that it’s going to be a little bit more edgy, but obviously we feel like we’ve got some really good songs and we’re happy.”

Liam added: “We’ve all taken a hand in writing this time and we’ve literally written almost every song.”

My, haven’t they grown?

Seems like just yesterday they were singing Natalie Imbruglia’s ‘Torn’ at Simon’s Judges House in Spain – look at them now.

They grow up so fast!

[ Liam Payne And Girlfriend Sophia Have Their Own Bake Off ]