Who cares about nude photos when you have tiny human growing inside of you??

Hayden Panettiere was all smiles as she showed off her growing baby bump at the Music City Food And Wine Festival on Saturday night.

The actress gave a whole new meaning to the term ‘pregnancy glow’ as she posed up a storm with Kings Of Leon’s Jared and Caleb Followill, Garrett Hedlund, and her Nashville co-star Clare Bowen.

Whatever happened to Kings Of Leon anyway?

Hayden, who is expecting her first baby with fiancé Wladimir Klitschko, kept her whole look minimal with hardly a scrap of make-up, pulled back hair, and an outfit that barely concealed her growing bump – if there was ever a time to use the term ‘fresh faced’ this would be it.

The 25-year-old also joined forces with fellow mummy-to-be, country music singer Holly Williams, as they happily posed for the paps as they no doubt swapped pregnancy secrets and baby tips.

The happy, smiley photos were taken the day before Hayden was targeted by the mystery iCloud hacker who has been leaking half naked and fully nude images of female celebs in the biggest celebrity hacking scandal in history.

Intimate images of the actress began circling the internet on Sunday night, alongside the likes of Rihanna, Kaley Cuoco, and even more snaps of Jennifer Lawrence – who has undeniably been the biggest victim of the entire scandal. 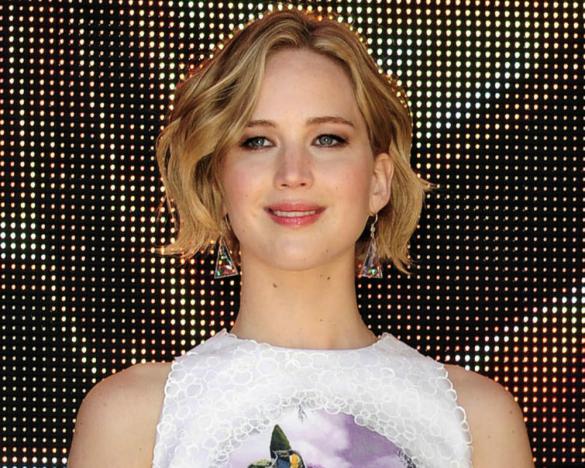 Hayden is yet to be spotted or make an official comment in light of the leak, but with a tiny, little human growing inside of her we think that it will take more than a callous internet troll to wipe that smile off her face – especially when every celeb in the world seems to be falling victim to the scandal.

Is it just us or is it all getting a bit boring now?

#Celebgate has been given the rather vom-tastic nickname of ‘The Fappening’ and kickstarted at the beginning of the month when multiple naked selfies of J-Law started doing the rounds on the net, alongside other stars such as Kirsten Dunst, and Victoria Justice.

The second wave of photos began over the weekend, with Kim Kardashian leading the newest batch of victims in this disgusting violation of privacy, alongside even more of Jen showing up, bringing her grand total to somewhere around the 60 mark.

Kim is yet to make an official comment on the photos but she did appear to make a very subtle reference to the jibe in her latest MazSight snaps.

Meanwhile, a mysterious website has popped up threatening to leak indecent images of Harry Potter’s Emma Watson in just three days time, which ironically comes just days after Emma made an inspiring and empowering speech on feminism at the United Nations headquarters.

The actress was launching her ‘HeForShe’ campaign for men and boys worldwide to end gender inequality, advocating the important role that men have in helping women and girls achieve equal rights.

The 24-year-old Goodwill Ambassador for women described her decision to call herself a feminist “uncomplicated” as she spoke of a need for there to be more feminists in society.

Erm, this kind of proves her point – no?

Elsewhere, nude photos of One Direction’s Liam Payne began to circulate online in the midst of the second wave of the #CelebGate leaks, but they were not thought to be related to the 4Chan and Reddit hacks.

The frankly rather bizarre photos showed Liam performing a sex act on what appears to be another man, with at least one other person present.

The 21-year-old has since strongly denied that the photos are of him, saying that he would “rather Tweet a full frontal than have people look at that”.

Unfortunately, the singer is yet to follow through and he has not shared any full frontal photos on Twitter…