So, it wasn’t really the best night for Kendra Wilkinson on I’m A Celebrity was it? After a downright disastrous trial, Kendra found herself wallowing the night away in tears.

And it wasn’t because she only grabbed one star and one meal for camp.

Instead, her tears were prompted by the campmates’ discussion of their biggest regrets in life.

What a lovely and cheerful topic for a Wednesday evening.

The 29-year-old was involved in a discussion over whether she had any regrets, to which she replied by mulling over her husband, Hank Baskett’s depression, where she feels she should’ve been there for him more.

She initially seemed to be pretty strong about the subject, replying: “The only thing I can really say is not paying attention to severe depression with my husband, I wished to god I had.”

However, things then got a bit much for poor Kendra, as she broken down in tears whilst trying to describe the situation to the other campmates.

She sobbed: “There is such a thing as depression you know and even a big guy like you [Jake Quickenden], you have to hear people’s cries and I didn’t.

“He came to bed so many times crying and I wasn’t there for him.”

SOMEONE GIVE HER A HUG DAMNIT. 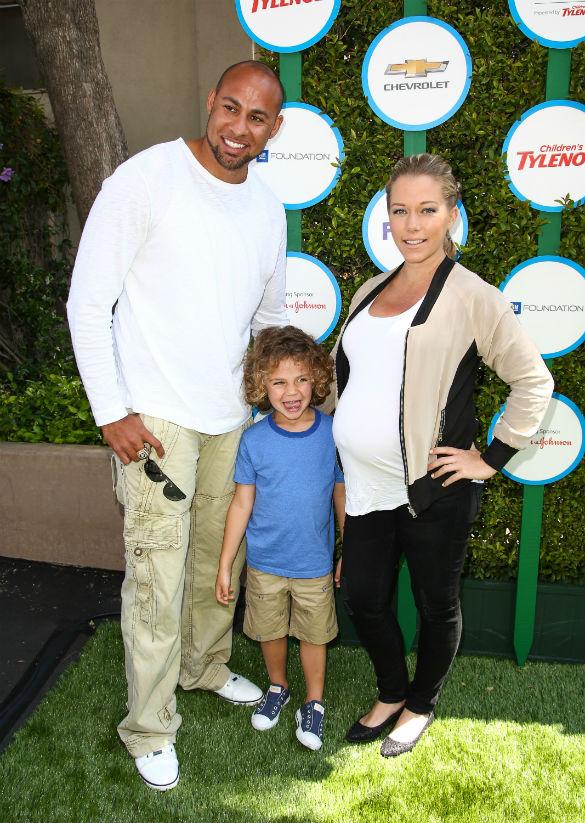 Their relationship was allegedly rocky before Kendra entered the jungle, after claims emerged that 32-year-old Hank had slept with a transgender model at the same time as she was pregnant with their second child.

However, despite admitting that it’ll be extremely difficult to forget the hurt, Kendra has revealed that she’s super determined to make the marriage work.

She said: “We’re working things out. We’re pretty much taking it day by day, minute by minute.

“We’re just trying to really work on trust, and work on our communication, and just kind of heal from all the things that have been out there. It’s been a long, hard, extremely difficult couple of months.”

Well we wish you all the best.

Can someone just get the girl a big tissue please? And maybe some more stars for camp while you’re there.

[I'm A Celebrity: Kendra Wilkinson Is A Good Licker But Only Gets One Star]

[I'm A Celebrity Security On High Alert After Murderer Scare]