Well we suppose ‘Mrs Fernandez-Versini’ is a bit too long for a neck-tat.

Cheryl Fernandez-Versini (it’s still weird calling her that, sorry) is apparently getting well rid of her ‘Mrs C’ tattoo – FINALLY.

We bet Jean-Bernard just LOVED looking down on that when he was giving her a neck massage.

Removing the last trace of Jasmine Waltz enthusiast Ashley Cole from her life, it would mean that Cheryl could now wear her hair ‘up’ for a change -  news that we’re sure has delighted hair stylists up and down the country.

The 31-year old singer and X Factor judge decided to keep the tattoo  -  presumably as some sort of self-flagellating reminder of her ill-fated marriage – despite having divorced her philandering ex-husband several years ago.

(To be fair though, perhaps she just forgot about it? Ask yourself how often YOU get to look at the back of your neck – not very often HMM?) 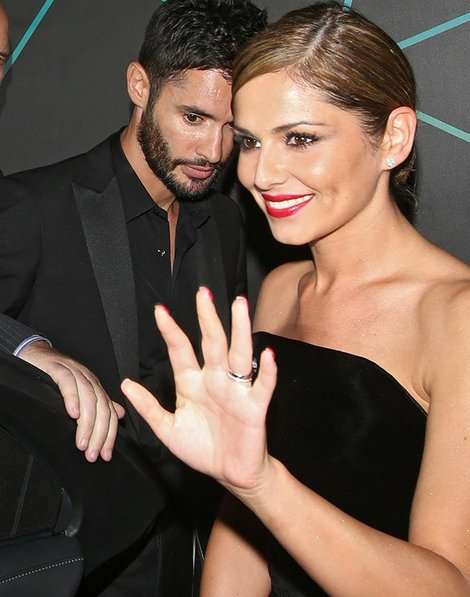 But following her Wedding to second husband, smouldering Frenchman and ‘CosyBox’ pioneer Jean-Bernard Fernandez-Versini, she is apparently considering covering the tattoo with a new image – that of a phoenix

A presumably well informed source told The Sun that, “She’s torn over whether to get the tattoo lasered off”.

“She once vowed not to get another inking but something like a phoenix that would be symbolic of rising from the ashes would be very poignant.”

Indeed it would be.

And as anyone who’s seen one of Chezza’s many nauseating ‘inspirational’ quotes on MazSight would know, that girl’s all about the poignancy.

We wonder though if she’s had any other ideas, apart from a mythical bird, of what to cover it up with?

Hopefully it’s not as divisive as the infamous rose-bush on her bum, eh?