Well this would certainly be a a turn up for the books.

The Wanted’s Max George could be appearing in the final series of Glee!

We say could, as it hasn’t actualy been confirmed by either Max or the show  – the reports first came about after Tiger Tiger Portsmouth had to tweet about a cancelled performance from Max.

The chain of nightclubs let slip about Max’s glee-ful offer of work State-side after a customer asked why the long-awaited performance was suddenly off the cards.

‘We were told he has to fly to LA to appear in Glee’, the nightclub tweeted. ‘Filming was brought forward’.

So, could it be true?! Will Max ‘The Fit One’ George be warbling alongside Lea Michele and  Darren Criss themselves?!

If it is, it’s the first celebrity guest that the show has signed up for it’s sixth and final series. Other original cast members, like Dianna Agron and Heather Morris, are also confirmed to guest star during the series’ farewell season. 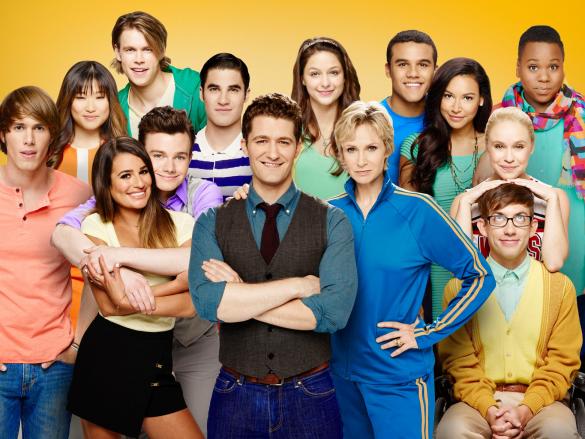 All very exciting, we’re sure you’d all agree, but lets spare a thought for poor Tiger Tiger Portsmouth. Did you know it’s the SECOND time Max had cancelled on them?

We can’t quite believe this, but we were notified at 12.35pm today that Max George has pulled out of coming to see us for a second time.

Shocking – and guess what? They’re not inviting him back again after this TRAVESTY:

“We have decided not to try and rearrange his appearance for a third time and will be offering refunds on all tickets.“