Oh, so THAT’S where he keeps his Oscar.

Jared Leto pretty much broke the internet when a video of him grabbing his crotch on stage went viral.

The 30 Seconds To Mars frontman was casually going about his business, singing End Of All Days when he just reached down and grabbed his crotch as though it was the most natural thing in the world.

Apart from, what Jared ACTUALLY did in those brief seconds was draw everyone’s attention to his, ahem, rather large package.

Either that or he keeps his Dallas Buyers Club Oscar in his pants nowadays. 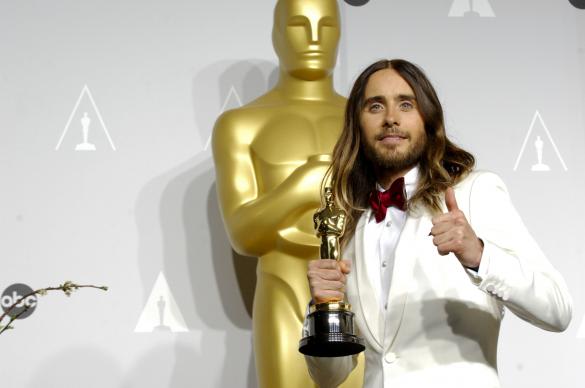 Proving to be exactly the kind of occassion that gifs are made for, his now infamous crotch-grab understandably sent the internet into a bit of a frenzy with fans and non-fans alike uniting with some CLASSIC reactions:

2 days later and I still can’t get the image of @JaredLeto grabbing his crotch out of my head. #30SecondsToMars

I’m not going to comment about Jared Leto’s bulge. Nothing. Nope. I can’t handle it.

On a Scale of 1 to Jared Leto’s Penis, how successful are you?

There is one notable reaction that IS missing, however, and that is from the main man himself who has remained suspiciously quiet on the whole matter.

Although he did seem to try and distract us with a series of bizarre dancing videos, including one of him twerking in some rather fetching leggings:

If you say that you were able to watch that video without looking at his crotch then you are a liar.

Your distraction techniques aren’t working, Jared, we want a full statement reacting to bulge-gate by  the morning please.