Everybody was met with the same shocking and devastating news when they woke up this morning: Acting legend Robin Williams had died, aged 63, in what appears to be a heartbreaking suicide. 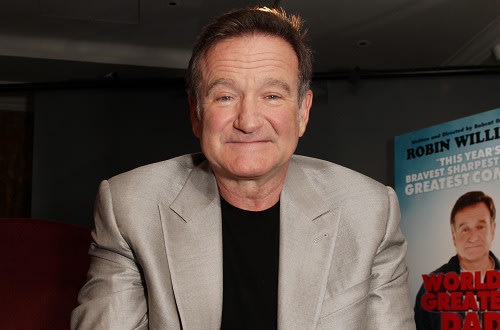 Best-known and most-loved for his comedy roles in films such as Mrs. Doubtfire and Aladdin, Robin Williams suffered from depression.

Comic Jason Manford took to Facebook and Twitter early this morning to urge for more help to be provided to those suffering with the illness, because “If it can kill one of the world‘s funniest men, it can get any of us at any time.”

Upon hearing the news of the Hollywood actor’s tragic death, Jason tweeted: “RIP Robin Williams. So unbelievably sad about the news. One of the funniest talented comedians the world has ever produced.” Before retweeting the Samaritans helpline and adding: “Just because you’re struggling, doesn’t meant you’re failing.”

The comic then followed these tweets up with a much longer post that urged those suffering with depression to seek help, poignantly referencing some of the actor’s most-loved, comedy roles: “If the Genie from Aladdin can suffer and the DJ from Good Morning Vietnam can be affected by it, then so can you, or your child, or friend, or work colleague.”

His full message reads as below:

Unsurprisingly Jason’s tweet quickly recieved thousands of retweets and he followed up this morning with: “Dammit. Was hoping it’d been a horrible nightmare or a hoax. #RIPRobinWilliams”

Williams was found unconcious in his californian home at 11.55am local time, and pronounced dead at the scene. The acting legend has openly admitted to struggling with depression and substance abuse in the past, with publicist Mara Buxbaum revealing that he had been “battling severe depression of late”.

His heartbroken wife, Susan Schneider led the tributes last night as she revealed the family’s hope that Robin will be rememembered for “the countless moments of joy and laughter that he gave to millions.”

And all that is left to say is how could we possibly forget?