They say sarcasm is the lowest form of wit.

But not for Jay-Z, who used a bout of sarcasm and some quick thinking to knock-back a wannabe photographer in paris who thought it’d be hilarious to ask “who is he” as he FILMED the rapper walking past.

Pretending he had been living under a rock for his entire existence, despite his entire career apparently based around following celebrities around, the pap’s lolz didn’t go down too well with Jay-Z, who threw a scathing response right back at him.

Turning dead to face the camera, Jay practically spat: “Who are YOU?” before waltzing off with his peeps and Beyonce following closely behind.

Would you like some ice for that burn Mr Photographer?

Jay-Z’s scathing response came after photographers were asked to stop filming while the world’s most famous power couple headed towards the Louvre in Paris to enjoy some art and architecture and all that stuff.

He did try and laugh the amazing awkwardness of the whole situation off and inform Jay that his name is in fact ‘Paul’ (good to know), but it looks like it didn’t REALLY work, since the world’s most underprepared photographer is now known all over the internet.

We’ll give you £2 to go and buy yourself an A-Z of celebville, mate. 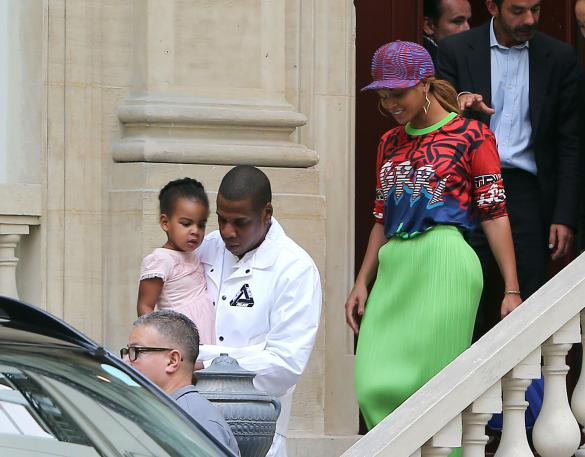 Despite bumping into and totally obliterating Paul’s chances of becoming a proper photographer, Jayoncé were reportedly seen house-hunting in the area.

Of course, it’s nothing but the best for the couple and little Blue Ivy, as Splash News alleges that the Carters are ONLY checking out the creme de la creme of houses, including properties near the French President’s residence, the Elysee Palace.

It looks like Mr and Mrs Carter are going from strength to strength after they’ve been relentlessly attacked by split rumour after split rumour – as well as THAT elevator video that will probably haunt them for the rest of time.

In true Jay-Z and Beyonce style, the two kept completely silent on everything until Jay accidentally on-purpose revealed that another Mini Carter could be on its way sooner than we thought.
HALLELUJAH.

Jay altered the lyrics of ‘Beach Is Better’ to ‘cause she’s pregnant with another one’ during a Stade de France show on their On The Run tour, causing mass pandemonium and a whole load of inspection of Bey’s stomach.

The two have yet to actually address the rumours directly, but nothing’s been denied so we’re keeping our fingers firmly crossed for the pitter patter of more baby feet. 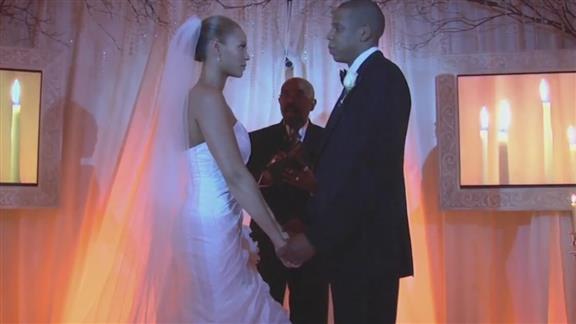 During the tour, Bey also released footage of her naked baby bump, putting any insane rumours of her not actually being Blue’s biological mother firmly to bed – and then some.

Although, we’re sure those rumours will pop straight back up again if Baby Carter No 2 is truly on its way.

We’ll be keeping our eyes peeled for this one.