Was it ever really going to work?

The pair first got together a year ago in a union that shocked everybody, but no-one more so than Jemima’s own family, with her unimpressed half-brother Robin Birley allegedly banning Russell from ever walking through the doors of his exclusive members club No. 5 Hertford Street.

That must have made Christmas awkward.

But Mr. Birley must be over the moon now that reports have come in of his sis splitting from the lothario, with one source telling the Daily Mail that the pair have gone their separate ways because “The relationship has simply run its course”.

Hmmm, we doubt it was all that amicable considering they seem to have unfollowed each other on Twitter aka the ULTIMATE display of a bitter split in our opinion.

Which would actually be quite surprising for Jemima who has managed to remain friendly with previous exes, including Hugh Grant and former hubby Imran Khan no problemo.

Russell must be a special case.

Although neither side have discussed their break-up, friends of Jemima reckon that she was the driving force behind the couple’s split, with the relationship apparently being on the rocks ever since a bizarre episode between Russell and a Hungarian masseuse.

And no, it’s most probably not what you think it is.

The story goes that Jemima hired masseuse Szilvia Berki as a surprise birthday present for her 39-year-old boyfriend back in June, but Szilvia claimed that the funny man aggressively pushed her during an altercation at Jemima’s mansion. 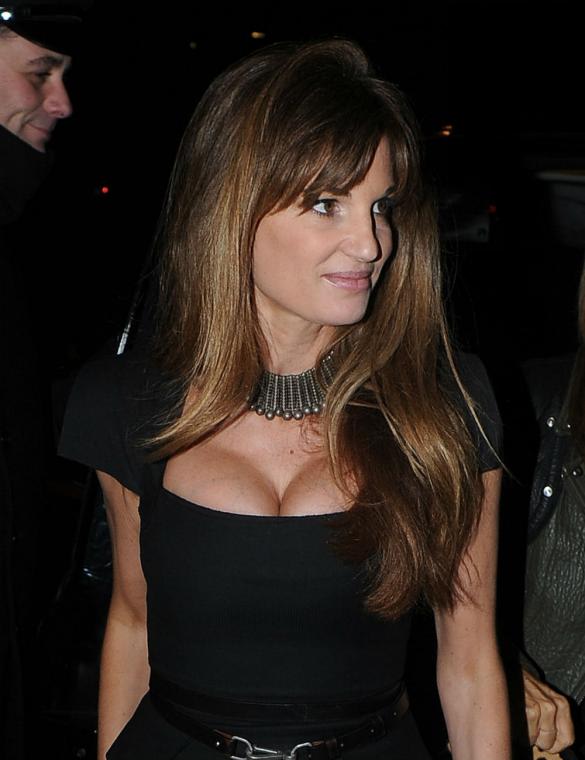 It was so serious that the police were even called but nobody was charged.

The case concluded just last week with a High Court judge ordering the masseuse not to contact Jem and Russel again, with her actions allegedly causing them “considerable distress”.

Considerable distress and a split by the looks of it – Yikes.

We want to know what exactly was the reason behind said “altercation”, because if we know Russell AT ALL, we bet that it’s a juicy one!