Justin Bieber first burst onto the scene as a fresh-faced thirteen-year-old with a rather snazzy haircut and cutesy YouTube videos, but fast-forward eight years and he has been dubbed a child-star-gone-wrong who is renowned for his bad behaviour.

Which we don’t think is fair, really.

Nowadays it seems that all anybody knows about the Biebs is that he loves to have an egg-yielding ruckus with his neighbours, has an on-off relationship with Selena Gomez, and can even make a mugshot look good.

But did you know that there is actually a whole lot more to the 21-year-old than Calvin Klein photoshoots and a bad reputation?

Don’t believe us? Well, read on and decide for yourself…

1. Born in Ontario, Canada, Justin Drew Bieber has embraced his bi-lingual home country and is apparently absolutely fluent in French.

2. And that’s not all , multi-talented Biebs is an, ahem, self-made man so-to-speak, with the star revealing that he taught himself the guitar, piano, trumpet AND drums.

Blimmin’ ‘eck, he’s putting the rest of us to shame here.

3. Okay, okay, one more about his MANY talents – Justin can also solve a rubix cube in 47 seconds, there is video evidence and everything.

Golly gosh, is there anything that he can’t do?

4. Justin’s many talents and pretty-boy looks have helped to catapult him into superstardom, but did you know that he is so popular that he gains a new Twitter follower every two seconds?

5.  If Justin himself doesn’t tickle your fancy, have you SEEN his super hot dad?

The former MMA fighter is so handsome that he makes Bieber fans and haterz alike weak at the knees – PHWOAR.

6. A 35-year-old man from Florida once had his Facebook page banned with no warning whatsoever, because he shares Justin Bieber’s name and the website believed that he was trying to be a smart Alec by stealing the popstar’s identity.

The poor guy has also revealed that he continues to get fan messages every single day, with some Beliebers thinking that it is Justin’s secret social networking account.

7. Justin is a very religious young man, and even texts Pastor Judah Smith on a regular basis in a bid to stay on the straight and narrow.

In fact, the Pastor has even been known to follow the star to South Africa and Australia to help Biebs “not get discouraged or despondent because of perceived failures”.

8. He doesn’t like asparagus. So if you’re ever in a position to cook Justin a meal, avoid at ALL costs.

9. Before Justin found fame via YouTube videos, he was seriously considering auditioning for American Idol.

What could have been, eh?

10. This is without a doubt the most fascinating tidbit of all – want to know what Internet browser Justin uses? Why, it’s Chrome of course.

11. The lovely lamb once paid for his mum to go to Disneyland by busking in front of the Stratford Theatre when he was twelve-years-old and raising a whopping $3,000.

Our newspaper round when we were that age earned us nowhere near that much money – we’re starting to suspect that we might have been robbed. 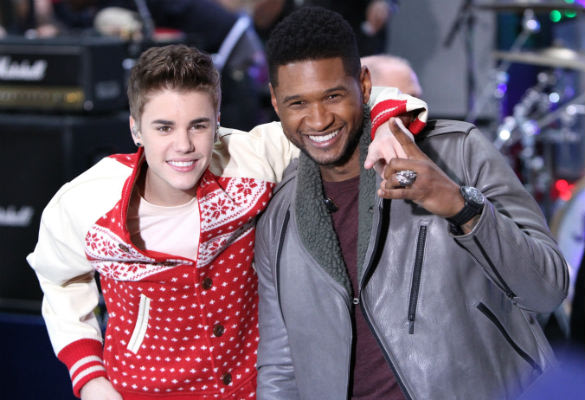 12. Believe it or not, Justin IS cool. Why? Well, he’s had his very own ‘Swagger Coach’ to teach him.

When Biebs first came on the scene he enlisted the help of Ryan Good, who was one of Usher’s former assistants, to instruct and advise the rising star on how to look, act, and sound cool.

What do you reckon, guys? Think he got his money’s worth?

So there you go – we told you that he wasn’t such a bad egg , and to prove his point even further the singer has gone and given himself a scathing Comedy Central Roast.

Due to air on March 30, we can’t ruddy wait to see the grilling that Justin gets!

[ 24 Facts About One Direction's Louis Tomlinson ]

[ 24 Facts About One Direction's Harry Styles ]