These rumours are definitely not going away any time soon.

RadarOnline got the ball rolling after claiming an australian magazine interviewed Jessica to get the scoop.

And as Jessica confirmed Kate’s initial pregnancy weeks before it was announced, people are obviously listening.

However, the magazine in question ‘New Day’ doesn’t appear to exist (as far as our search skills are concerned, could be awks if we’re wrong), but there IS a New Idea magazine and a Woman’s Day magazine… hmmm.

Regardless, Jessica apparently blabbed: “Kate’s inner circle are buzzing with the news that she is pregnant.

“I’ve heard it from several different friends of theirs now and they’re saying that they think there’s going to be an official announcement in weeks.”

‘Jessica’ reckons Kate is already showing signs of pregnancy (erm, where?!), insisting she’s put on weight and is starting to change her style (again, where?!).

She told the magazine-that-we’re-not-sure-exists: “Kate’s face is fuller like it was when she was first expecting George and she’s been changing her hair, which could be to disguise the fullness.

“She has rosy cheeks, she’s letting her greys show again, and whenever she’s out in public she goes to great lengths to hold something over her tummy.”

Sigh. Will these ever go away?

Amid the pregnancy rumours chaos, Kate and Will will be celebrating George’s first birthday on July 22nd. 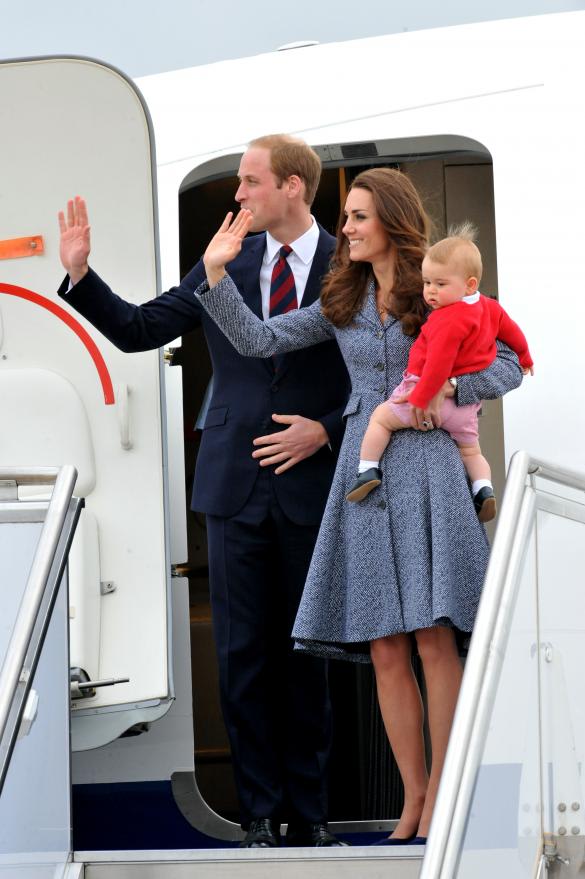 Just earlier this month, George’s nanny apparently told Vanity Fair that the couple were hoping to start trying for baby no.2 this summer.

Either way, we won’t believe a word of it until we hear it from Kate herself.