Oh, what a surprise. 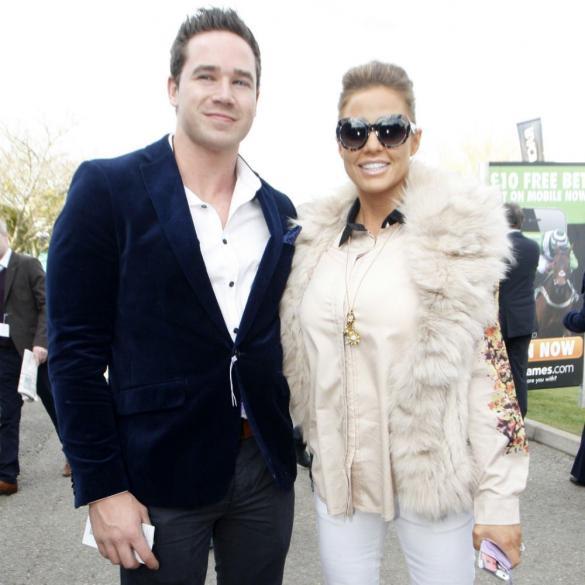 Katie Price has signed up for her twelfth reality series and is reportedly planning to let cameras into her home as she tries to make her marriage to Kieran Hayler work.

A source revealed: “Katie’s new show will document them (Kieran and Katie) working through their problems.

“She’s made no secret of her mistrust of Kieran – his infidelity completely rocked her. But as they have two children together, she’s determined to make the best of things – and the businesswoman in her knows that it will make great telly.

“She already had plans for a new TV show back in January, but after all her marriage dramas had settled, she started talking to producers who sent out a video pitch to commissioners at a few big channels with tons of interest.

“Filiming is due to start soon.”

And just like that the world understands why Katie stood by her loverat husband after he cheated on her with two of her best friends.

The 36-year-old former glamour model became notorious for her ITV2 reality franchise with ex-husband Peter Andre soon after they got together on I’m A Celebrity… back in 2004.

Wow, was it really a whole ten years ago that the modern day fairytale began??

The show ran for five years and documented pretty much their entire relationship, including the arrival of their two children Junior and Princess.

Both halves of the couple went solo on ITV2 for a while after their messy divorce, with What Katie Did Next airing until 2011, but she then bowed out of the reality TV spotlight in 2012 and began to cause a massive hoo-haa about Peter showing their kids in his own spin-off shows as she claimed to be withdrawing them from the spotlight.

Hmm, you didn’t seem too bothered when it was you raking in the dolla, Katie.

It’ll be interesting to see if she backtracks from this statement, which would be a bit awks considering the fuss that she made, but either way we are pretty much guaranteed to be treated to glimpses of her two children with Kieran, one-year-old Jett, and Bunny, who is almost two months old.

To be honest, we aren’t surprised that Katie has brought back the TV crew – in the past six months alone they have missed so many monumental and telly-worthy moments of her life, including her surprise fifth pregnancy, Kieran’s cheating, plus a traumatic birth.

There’s a whole series’ worth of stuff from all of that alone!

And what better way to work out your marriage than to air all of your dirty laundry on national TV for the whole world to see?

After all, conventional, private marriage counselling is so last year.

[ Katie Price Shows Off Baby Bunny For The First Time ]