She’s not exactly made any secrets of her feelings toward her cage fighter ex.

By MazSight And now it would seem that Katie Price isn’t planning on changing her opinion anytime soon after supporting Chantelle Houghton yesterday in a court case against Alex Reid.

According to The Mirror, the 35-year-old model isn’t planning on holding back when it is her time to take to the stand.

A source told the paper: “Katie doesn’t believe Alex is a normal or sane person.

“She wants everyone to know what he put her through when they were together. 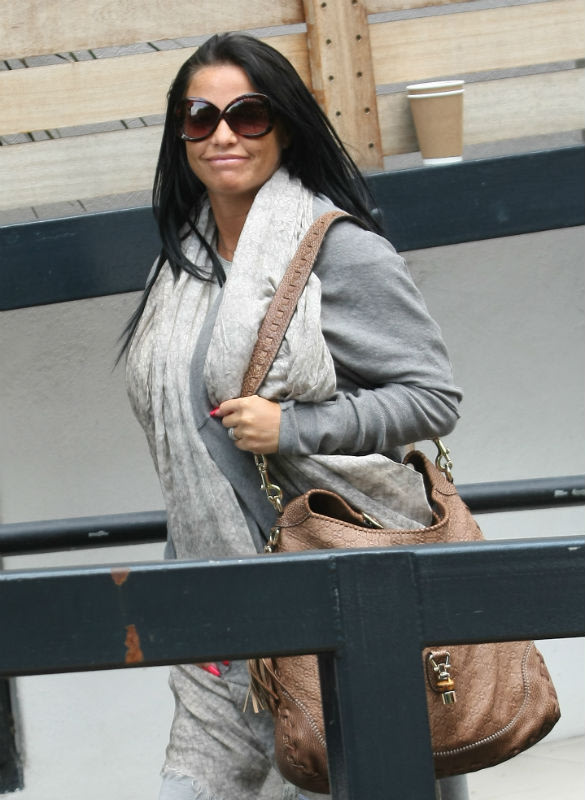 By MazSight Katie has already dished the dirt on Alex in an extract published in The Sun from her fourth autobiography ‘Love, Lipstick and Lies’ (a title that gets just as catchier as it does ridiculous every time we read it).

“Only then are you getting close to what I witnessed and what Alex wanted me to join in with.

“By the time we split up his sleazy, sordid behaviour had left me feeling disturbed, vulnerable and frightened.”

She of course went on the mother of all Twitter rants about their relationship breakdown, claiming he had turned their bedroom into a ‘sex dungeon’ when she was 8 months pregnant.

Katie meanwhile wed Alex Reid in 2011, only to get a divorce 11 months later.

[Katie Price rips into Peter Andre, claims she has no idea why they split]