Is anybody actually surprised by this?

Katie Price reportedly threw a massive strop on the day of her pal, Kerry Katona’s, Wedding and refused to be a bridesmaid, as planned, because her dress didn’t fit her properly.

According to the Sun, Katie was furious that the size 8 dress (which she had no doubt requested) wouldn’t fit her, just eight weeks after giving birth to her baby, Bunny.

A source revealed to them: “Katie was not even prepared to consider wearing a dress that didn’t fit her properly. As soon as she found out, she pulled out of her official role altogether.

“Kerry was disappointed, but wasn’t going to let it ruin her day.”

To be fair to Kerry, Katie did make a mahoosive point about her slimline, size 8 body just TWO weeks after giving birth – who could forget that weird, yellow-knicker-laden, selfie photoshoot that she treated/ tweeted us to?

The 36-year-old mum-of-five attributed her tiny body to the Healthy meals that her hubby, Kieran Hayler, was preparing for her because he is just the picture of a perfect husband.

Aren’t bridesmaids supposed to have some kind of pre-wedding fitting ANYWAY?

We think Katie may have just been keeping her fingers crossed that she would be able to fit into a too-small dress on the big day, which is why she went so cray-cray when she couldn’t.

The glamour model apparently admitted defeat and opted for a casual black and white jumpsuit but she most certainly was not happy about it as she “sat through the ceremony in silence” with “a face on her like a bulldog chewing wasps.”

Yikes, was this mystery source Jane Poutney of West Chiltington or something?

She certainly seems to have it in for the Pricey. 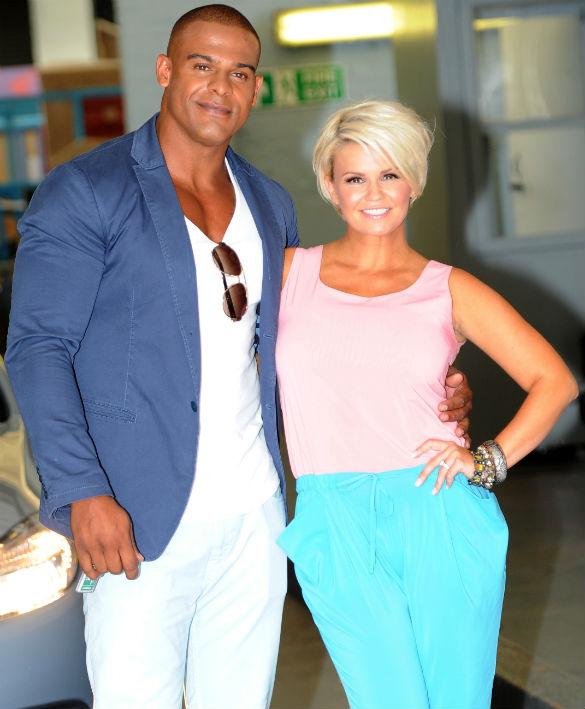 After all this Katie dramz you’d be forgiven for forgetting that the day was SUPPOSED to be about poor Kerry Katona marrying George Kay, but to be honest, what do you expect when you ask actual Jordan to be your bridesmaid?

Although we are pleased to report that other than Katie’s scene-stealing performance, the day was a relatively tame affair and there were no other major issues to be had… Well, apart from Natasha Hamilton going into false labour that is.

On second thoughts, maybe Kerry Katona should just do the whole day again… But this time not invite attention seeking or heavily pregnant celeb pals.

[ Natasha Hamilton Opens Up About Labour Dramas At Kerry's Wedding ]