That awkward moment when you’re very much ready to finalise your divorce and your ex-husband is MIA – isn’t that right Khloe Kardashian?

Yep, whilst the Keeping Up With The Kardashians star is ready to move on with her life, ex-hubby Lamar Odom is very much missing in amongst rumours that he’s refusing to sign the papers. 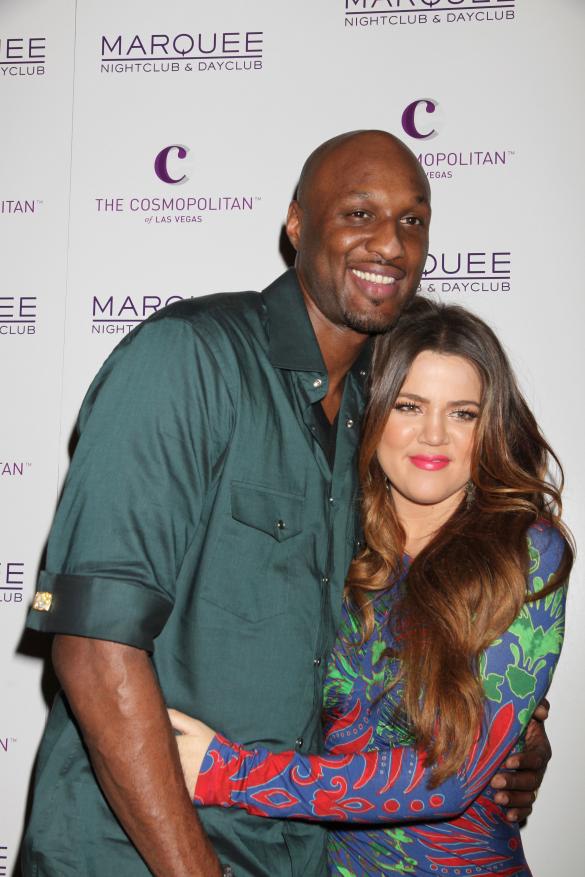 Reports today suggest that whilst Khlo is “desperate for divorce,” Lamar has made himself scarce and is dodging the whole thing.

30-year-old Khloe filed for divorce ten months ago, but an insider told Us weekly: “Khloe can’t even get in touch with him right now.”

Another added: “He refuses to sign the divorce papers.”

Even more annoyingly for Khloe, a friend close to the 34-year-old basketball player has told the magazine than he’s keen to get back together.

Hate to break it to you, but we reckon Khloe is playing THAT Taylor Swift song right now.

This isn’t the only worry on her mind at the moment, as she’s been forced to deny more rumours about who her real dad is.

Confused? You will be.

Apparently Lionel and Khloe’s mum Kris Jenner had a lot of, erm, FUN together back in the day, despite both being married.

A friend of Lionel’s told InTouch: “They had a sexual affair – he bragged about it. He said he was on the outs with his wife at the time.

“Everyone was sleeping around with everyone else back then, and Kris was hot in those days.”

The ‘insider’ then went on to hint that Khloe looked scarily similar to Lionel’s 16-year-old daughter, Sofia.

But don’t worry – Khloe has rubbished the rumours and put the whole thing to bed.

She told Gossip Cop: “I’ve had so many dads my head is spinning lol.”

Now that Lionel Richie has also laughed in the face of the rumours, it’s probably best we put this ridiculous ‘who’s Khloe’s dad’ thing to bed and focus on finding Khloe’s ex-hubby instead.