Well, she’s already broken the internet – why not break TV?

It might sound like the most made up thing you’ll hear all week, but Kim Kardashian is actually making an appearance on the Indian version of Big Brother, Bigg Boss, later this month. 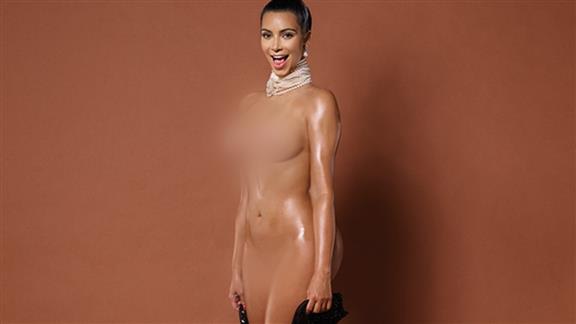 The 34-year-old has never been to India before but is set to round off her busy schedule of jetting around the world by landing in Mumbai and featuring in the November 22nd show.

HOW DO WE WATCH THIS?! WE MUST KNOW.

And if your Hindi isn’t up to scratch, that translates to: “Hello India, I am Kim Kardashian and I am coming to the Bigg Boss house.”

It is thought that Bigg Boss producers want to bring an international star into the house to boost their ratings, and with that in mind who better than the Queen of reality TV herself?

And Kim won’t just be taking a seat on the Indian version of Bit On The Side, oh no, she will actually be entering the house and taking part in a task as she shares her life experiences and participates in a spot of traditional Indian dancing whilst wearing the traditional desi clothing.

Is it wrong that we’re already thinking about all of the gifs that we are going to make?

The mum-of-one will also get to meet Indian television personality Nigar Khan whilst on her trip, who appears in ‘The Khan Sisters’ with her sis Gauhar Khan, a reality show which is thought to be the Indian version of Keeping Up With The Kardashians.

It literally just keeps getting better.

Last year’s series of Bigg Boss averaged at about 150million viewers and is a hugely popular show, which is hardly surprising considering they clearly bring out the big guns…

Who do we need to speak to for Kim to grace the UK show with her presence?

Because that would be a-mazing.