The Kardashians might be known for their loud, brash exteriors, but inside they are all harbouring a constant heartache following the death of their beloved father, Robert Kardashian, who passed away in 2003.

Although the clan don’t often speak publicly about their late dad, 34-year-old Kim has now opened up about the difficult time in her life, explaining that watching her father battle cancer left her feeling “helpless”, which makes her want to help other young people going through similar ordeals.

Speaking to Variety magazine, the reality star and businesswoman shared: “My father passed away from cancer.

“I remember what it was like when my dad was going through it. You see the kids that are so strong and they feel so helpless.

“You want to do anything to help them.”

The mum-of-one has played an active role at the Children’s Hospital in Los Angeles, often visiting young patients and even bringing in her husband, Kanye West, or sisters to sit at the poorly children’s bedside and brighten their day.

Kim has also been known to send thoughtful gifts to the youngsters in a bid to make their stay at the hospital a little bit easier.

Earlier this week, the star proved that her dad is never far from her mind after sharing an old throwback photo of herself and big sis Kourtney with him when they were young.

Previously, Kim’s childhood friend, Nikki Lund, shared the impact that Rob’s death had on her life when she was 23 years old, explaining: “Kim was a daddy’s girl, she adored her father and when he died she was devastated.

“Rob was the one who would make sure she was working hard and that she was behaving herself.

“We all loved Rob. He guided Kim, he mentored her, he ushered her into womanhood. Rob is the one who shaped Kim. When he died it took her a very long time to get over it.” 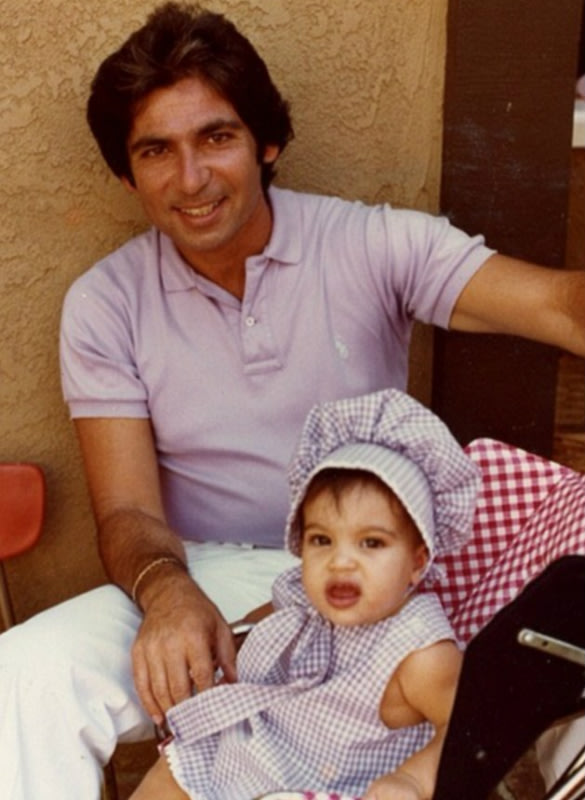 Still, at least Kim has found a positive way to channel her grief by helping others battling cancer – in fact, we reckon that her dad would be seriously proud of her.

[Kim Kardashian And Kanye West Get Pranked By Amy Schumer]