She doesn’t exactly live in the real world. 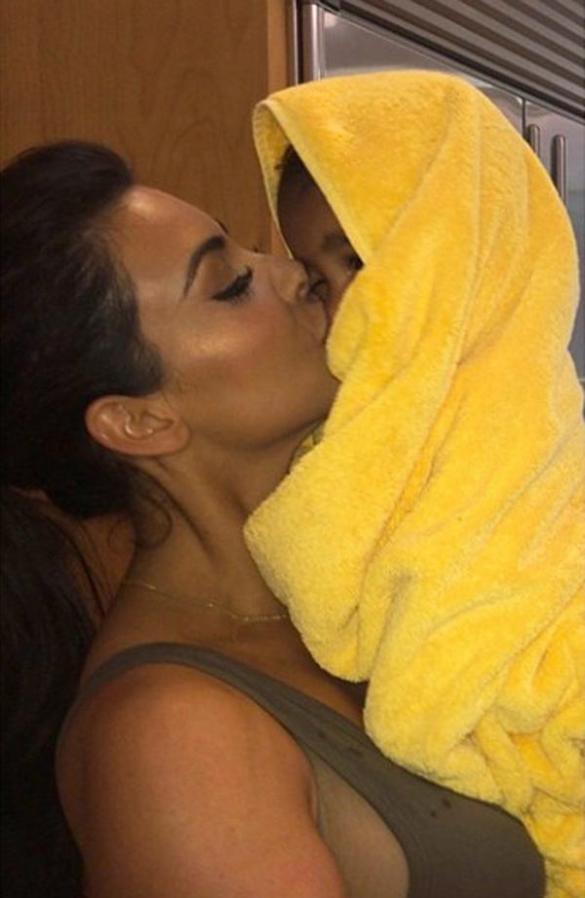 By MazSight
So it shouldn’t come as any real surprise that Kim Kardashian’s idea of adopting an orphan doesn’t quite match up to the reality.

The 33-year-old mum of one admits on the latest episode of Keeping Up With The Kardashians her desire to adopt following a recent visit to an orphanage.

However, mum Kris Jenner is quick to point out that Kim hasn’t a clue about what the process of adoption would entail.

Basically, in Kim’s mind, orphans have red hair and sing songs about what will happen the next day…

By MazSight
Kris tells Kim: “You can’t just go to an orphanage, fall in love with a child and just take them home like you’re shopping.

“You get very passionate about things and then you don’t think about the whole thing through.”

By MazSight
Surprisingly wise words there from the Kardashian matriarch.

This is not the first time Kris has had to tell her daughter to think about her actions after she blasted Kim for becoming too ‘self-obsessed’ while on their recent trip to Thailand after racking up a staggering 1,200 selfies.

We’re not even sure how she’d have time to take that many?!

On a previous episode of Keeping Up With The Kardashians, the 58-year-old walks in on Kim as she takes ANOTHER bikini selfie her hotel room, looking on as she does pulls her best Kim K pout.

She tells her daughter: “How many selfies are you going to do in one day? You’re like obsessed.”

We really, really hope she’s joking… but somehow, we think she’s probably not.

And Kim is SO selfie obsessed that she’s reportedly hired herself a ‘Seflie Editor’, because these things are important, you know.

A source told Grazia magazine that the newlywed has actually employed someone to help create the perfect pictures for her social media accounts.

The source said: “Kim wants every picture to be a work of art and get millions of likes, so her selfie editor is in charge of making sure Kim always looks flawless.”

But Kris’s change in attitude *might* have something to do with the fact that it’s now Kendall Jenner who rules the Kardashian roost.

An insider said: “Kris sees Kendall as the new face of the family. So even though she’s turning into everyone’s worst nightmare, Kris is letting her get away with anything.

“It’s caused a massive rift between her and [dad] Bruce – he’s distraught about her new attitude.”

You just get back to your selfies, yeah, Kim?