We sometimes think it must have been a condition of his recording contract to act like he is on a stag weekend 98% of the time. 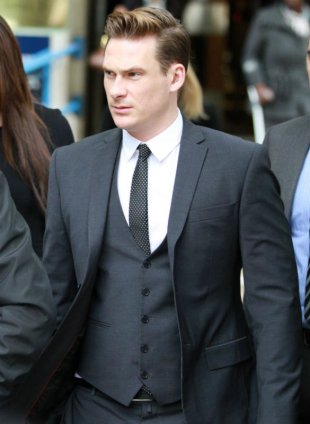 By MazSight
Just today, Lee Ryan has been accused of dropping his trousers and dancing around naked infront of children in a hotel bar in Glasgow before being excorted out.

To be fair, it was 1am so were not entierly sure what the kid was doing in the bar in the first place. Not that it excuses Lee’s naked jaunts.

An onlooker told The Sun: “He was being egged on so started taking his clothes off. Next thing he jumped on the bar in only his pants and started dancing.

“A row broke out with staff telling Lee to get off and put some clothes on. He was then asked to leave the bar and went red-faced to his room.”

A spokesperson for Blue said:  “Lee apologises for any upset and inconvenience caused.”

However, this news prompted us to recall similar Lee Ryan misdemeanors, so may we present to you just a scratch on the surface of Ryan: behaving badly.

Or pretty much, Lee Ryan’s top 10 most awkward/horrendous/unbelievable moments (delete as applicable). 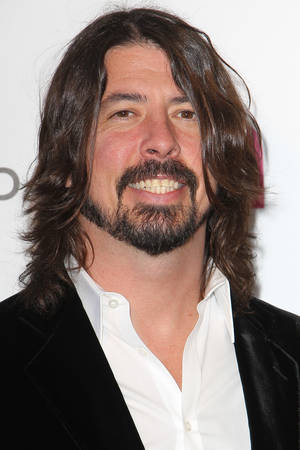 So a while back in May last year Dave Grohl encountered the pop enigma that is Lee Ryan and this was his review:

“There was this English singer who was with us who was completely wasted. We almost had to throw him out. Have you heard of this band, Blue? The guy kept telling us how many million records he’s sold. I was like, ‘Really? You?’”

Always one to charm the ladies, Lee reprtedly approached the MTV star at a party in 2011 with the line: “Are you f***ing anyone at the moment?”.

Smooth operator or what?

“Margaret Thatcher would get it,” he said.

4)    That time Lee Ryan meant to say he was a borderline genuine but instead said ‘bordering genius’.

Always looking to branch out into new arenas of the arts, Lee tweeted this to actual Tom Cruise:

‘I have a film I’ve written about retelin can I send it to you please ide love you to read it!!! Lee ryan!!! X’

We can only assume by lack of response that Tom wasn’t online that day.

Lots of snogging, talking incredible guff and one rather worrying moment involving a pair of PVC pants and a rather misjudged pole dance – this was a classic time for Lee.

And who could forget his true love for Jasmine Waltz (soz Casey Batchelor) and all those running taps?!

Half way through Lee decided he didn’t fancy pursuing housemate Casey anymore and that he fancied Jasmine instead. He was concerned this MAY make he seem a ‘f*cking player’.

However, things weren’t to be and Jasmine and Lee split last month with her suggesting that he has ‘gay tendencies’.

Yep, he totally saw an alien but he ‘couldn’t talk about it’ because he would ‘get in trouble’. He didn’t specify with who exactly.

9)    That time Lee Ryan got political

After the atrocities in New York much of celebland kept a dignified silence, but not Lee Ryan.

Lee felt we had our priorities mixed up and actually, we should be thinking about dying elephants instead.

“What about whales? They are ignoring animals that are more important. animals need saving and that’s more important. This New York thing is being blown out of proportion,” he said adding:

“I’m not afraid to say this, it has to be said and that’s why I’m the outspoken one from the band”

And this might not have been Lee, but we reckon it’s still worth remembering as it does involve wee (Lee’s favourite) and he is in Blue.

10)    That time Antony Costa weed on a cash point

It’s not just police cells that members of Blue like to wee on – cash points are also far from safe.

Clearly in a rush Anthony decided to do some serious multitasking in the wee hours. 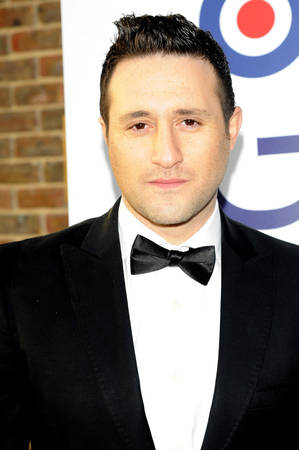 While on the phone he managed to get a tenner out and do a wee all at the same time – and who said men can’t multitask?

The world wasn’t impressed and Anthony was forced to apologise.

Sometimes, sorry really can seems to pee the hardest word.