STOP WHAT YOU ARE DOING AND GET ON YOUR PHONES, PRONTO – it has been revealed that Hollywood heartthrob Leonardo DiCaprio has his very own Tinder account, and he is pretty ruddy active on it too.

What’s the furthest distance that the app will let you find somebody? Will it work across the Atlantic ocean?

Following rumours that the 40 year old was buddying up with Justin Bieber in a bid to meet some new hot, young ladies, a source has shared that Leo has signed up to the dating app under a fake name so that “others won’t be immediately alerted to his A-List status”.

Hmmm, your pretty face *might* just give it away though, Leo.

Speaking to America’s Star magazine, the insider said: “Leo confessed that he was using the dating app under the name ‘Leonard’.

“He said he hasn’t been on any dates yet but is obsessed with swiping on girls and seeing who’s out there.”

Our chances of actually dating Leonardo DiCaprio just went up a tiny, piniscle, smidge of a percentage.

And to be honest, we’re happy with that.

The source continued: “He said there’s actually a lot of other celebs who use Tinder just for fun!”

Which is something that Hilary Duff can definitely vouch for. 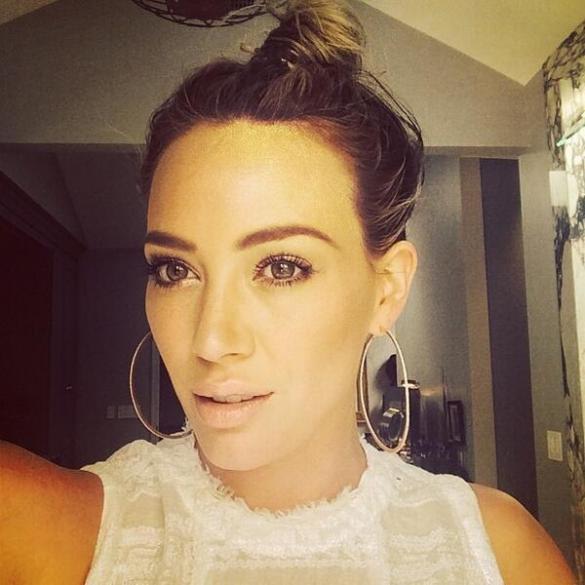 The Lizzie McGuire star recently revealed that she was gearing up for her very first Tinder date after signing up to the app when “joking around” with her gal pals.

The mum-of-one shared: “It’s true, I’m on Tinder. I was sitting with my friends one night, at the house, and we were joking around.

“And in my life I’ve always had really serious boyfriends, I’ve always met people through work, and I’ve never been on a blind date. And so, what’s the worst that’s going to happen?”

We just wonder what other sneaky celebs are secretly perusing us all on Tinder… They really are just like us, aren’t they?