Liam Gallagher  has been blasted for ‘failing’ his two-year-old daughter, who he hasn’t even met yet, after continuously refusing to attend New York court proceedings.

The Oasis singer was due to attend a child-support hearing last week, but instead handed in a doctor’s note that said he was too “anxious and depressed” to show, which resulted in him being fined $5,000.

Speaking to the Daily Mail, Liam’s lawyer said of Liza Ghorbani, the mother of his todder: “We believed that the case was resolved on an extremely generous basis to the lady until we got to court, when she apparently received advice from others that prevented this.

“Liam always wanted to be more than fair and has always accepted responsibility for the child. The lady and her advisers have not allowed this to happen.”

And those comments have obviously left Liza’s side riled, with her father finally reaching breaking point and ranting to Page Six: “Mr. Gallagher has been given every opportunity to do the right thing by my granddaughter. He has had plenty of time to do so voluntarily, but unfortunately, he has failed. 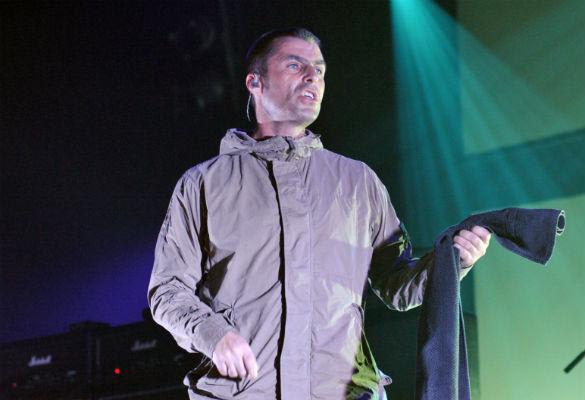 “Instead, Mr. Gallagher’s adviser continues to spread misinformation . . . Blaming our side for the lack of settlement while knowing full well that they are the ones who are continually delaying.

“If Mr. Gallagher had ‘always accepted responsibility’ for Gemma, as his advisor has falsely asserted, there would not have been any need for legal action to begin with.

“That said, no matter how long it takes, we will do whatever is necessary to ensure that Mr. Gallagher will be a responsible father to Gemma.

“The American legal system, that Mr. Gallagher continues to dodge and disrespect, in my opinion, will now step in to assure that Gemma has all the same rights that a child with her father’s abilities deserves.”

That’s fighting talk if ever we heard it.

Back in November, Liam failed to attend another key disposition in the court proceedings by claiming that he was too ill to travel to the US, however, his excuse backfired when he was spotted socializing with pals in a London pub just 24 hours later.

At the time Liza’s peeved lawyer, Ira Garr said of the incident: “Gallagher was supposed to be deposed last Friday, but his attorney filed an emergency application to the court because he was too ill to travel.

“It appears he has no great desire to be deposed.”

Liam was still married to his now-ex-wife, Nicole Appleton, when he embarked on a secret relationship with Liza back in 2011 and according to his mistress’ lawyer, the 42-year-old has been given no less than three different settlement offers so far, but his reps refuse to respond.

However, it is understandably thought that Liza’s biggest gripe with the entire situation is that Liam still, after TWO YEARS, hasn’t even met his daughter, Gemma.

Soz, Liam, we just can’t defend that one.