It was Week 3 of our favourite Sloane Rangers going state-side, and it certainly didn’t disappoint. 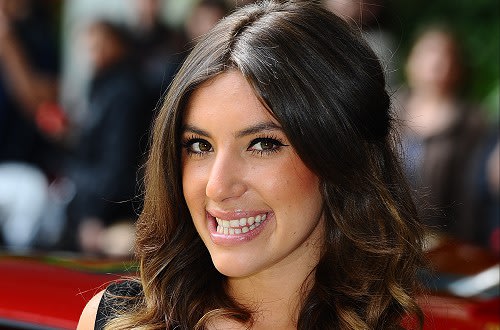 1) Gabriella’s back  – AND ALL IS WELL WITH THE world

A bit of back-story here.  Binky’s sister (the ‘Artist’) told the girls that she had a ‘special surprise’ for her sister’s impending birthday. Strippers? Crack Pipes? Our hopes for ‘BINKYS BIG BASH 2K14’ were pretty high – and when we found out that her sister had just forced them to paint a willy (life drawing, babes) we were left a little… deflated.

But oh, how wrong we were.

Turns out willy-drawing was NOT the big surprise that was heading Binks’ way this week. Neither was it the ridiculous firework they plonked in her cake (why are posh people so obsessed with those, by the way?).  No, it was the arrival of an old friend.

GABRIELLA ELLIS IS BACK.

Yes, our favourite LOL-inducing Chelsea-ite FINALLY returned to our screens, and of course, she didn’t disappoint. Being Gabby, she unfortunately had to ‘treat’ us to a song – and in not-at-all-predictable fashion, she went for ‘Empire State of Mind’ and butchered ‘re-interpreted’ it.

Afterwards, she was able to tell us (in her incredibly deep voice) within 10 seconds  how she now had a boyfriend and that he was ‘really fit’.

2) For reasons unknown, Billie is now the ‘hot new thang’.

No matter what he does: rap, roller-blading, nothing works for Stevie.

For reasons unbeknownst to us, Stevie and Spenny continued to fight over Billie this week. And with not much left  to fall back on, Stevie went for ‘the boat trick’. Looking like a dodgy rip-off of the bit in Brifget Jones’ Diary, Stevie took Billie out on a boat and IT ACTUALLY WORKED –
with Stevie even getting a HUGE SNOG from Bills.

Obviously, Spenny is predictably fuming about the whole affair, and dramatically vowed to to Stevie that he was “wide awake now” about cracking onto Billie.

3) Polygamy is very much in right now.

Ahh, creepy old Jules. Last week he proved what a weirdo he was by ‘bumping into’ Lucy Watson and NEVER EVER BLINKING. This week, we find out how he’s been palmed off onto Rosie – a.k.a Cheska’s replacement as ‘Tragic Single Female Figure’.  We also found out that he’s really into POLYGAMY.

Yes, polygamy – the practice of giving cheating a veneer or respectability. We met Jules’ actual girlfriend, ‘Jana’ (great name, babe) who seemed very ‘pro’ Jules getting down and dirty with Rosie.

Though to be fair, if we had to put up with his creepy speech pattern and never-ending stare, we’d probably be forcing him on every other woman in a 50-mile radius.

The best part in all of this? Rosie has ABSOLUTELY NO IDEA (We’re sure the producers definitely never told her). Rosie, Louise, Ropey Scott Disick and Jules went on a rock-climbing outing (“It’s fun to be physical!” quote Jules), where Rosie was subjected to Jules ogling her up-skirt – which she seemingly loved.

You’d think a lifetime of private schooling would leave you at least SOME homosexual leanings, but despite this and the endless homoeroticism ‘bants’ that the boys subject him to – it’s not true for ickle Jamie.

Billie’s basically got a fit gay friend called Carson (who incidentally has a HUGE eye tattooed on his chest), and after the boys told Billie that Jamie was gay (LOL!!! HOW FUNNY!!!), Billie thought that Carson and Jamie would really ‘get along’.

Cue an awkward moment between the two boys later on, where Carson invited Jamie to go gay-ing with him out in Hells Kitchen. Jamie, overcome by awkwardness (and perhaps a slight curiosity that he didn’t know how to deal with) quickly brushed off the invitation in a fit of embarrassment.

“I never thought you were straight”, Carson later told him. AHEM.

Doesn’t she provide a really useful insight into proceedings, hmm?

[ Made In Chelsea NYC - Episode 2: Jamie sobs, Binky gets sassy, and Mark gets 'spiritual' ]