Miley Cyrus’ tongue is arguably the one thing that is more famous than her twerk, so it’s no surprise that when Madame Tussauds London launched their brand new waxwork of the singer it was going to be a rather tongue-tastic affair.

As well as being perched on top of a giant tongue in tribute to the star’s Bangerz tour, a week after they unveiled the brill figure to a special selection of dedicated Miley fans, Madame Tussauds kicked off the search to find the owner of the world‘s longest tongue – with a year’s supply of ice cream up for grabs for the lucky winner.

And this is the moment that the majority of us will curse our ‘average-tongued’ mouths, dang it.

As it stands the Guinness World Record is 10.1cm, a title held by Nick Stoeberl in the US, and Miley isn’t too far behind at 9.1cm. 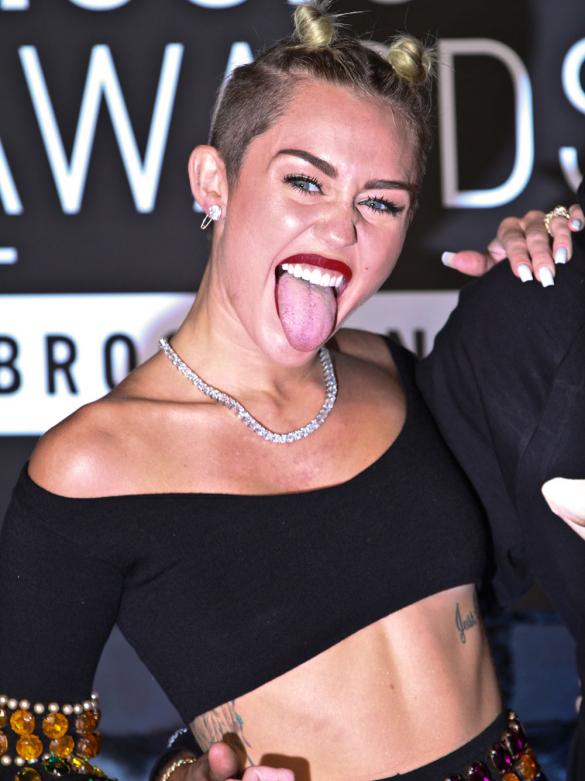 If you’re wondering, the top entrant of Madame Tussaud’s exclusive ‘tongue-o-meter’ board is just a smidge behind Miley herself, measuring an impressive 9cm in length.

The tongue in question belongs to 25-year-old Patrick Stain from northern Ireland, and speaking about his fight to win the ice cream treat he commented: “I’ve always known my tongue was on the long side, but never thought I’d be up against Miley – and the world – to win a year’s supply of ice cream.

“I’m determined though, my tongue deserves this treat!”

All we have to say is may the best tongue win!

If you think you could beat Patrick and steal the prize, visit Madame Tussauds London to measure up to the ‘tongue-o-meter’ between March 28 – April 12 and get a #tonguefie with Miley.

The winner each week will receive a year’s supply of Wall’s Cornetto ice creams.