If you don’t want to feel REALLY old, you probably won’t want to know that The Osbournes is OFFICIALLY 12 years old. YES. THAT’S TWELVE WHOLE YEARS SINCE IT STARTED.

Insane. In that time, we’ve seen a billion more reality TV shows come to light, all of which we’re scarily addicted to. Most notably is Keeping Up With The Kardashians, which, erm, keeps up with that Kardashian family you may or may not have heard of.

With the exciting news that Sharon Osbourne and co are set to return to our TV screens (AGH SO EXCITED), we were kinda hoping that the two might join forces and create one MEGA show – Keeping Up With The Osbournes anyone?

Judging by the 62-year-old’s comments at this year’s MTV EMAs, probably not.

Talking to The Mirror, our fave sassy ex-X Factor judge, appearing to be throwing major shade at the Kardashian Klan as she discussed the return of her own show.

Speaking of her eight-episode comeback, she revealed: “It’s a catch up. It’s been 12 years since filming. We’re the only family that’s really survived.

“We’re the same though, except we’re all married now. There’s no sex tapes and no arrests, so it’s nice.”

Ooooh, was that a painful burn we just felt?

If that wasn’t enough of a hint, 3am asked her how The Osbournes would be better than KUWTK, to which Sharon admitted: “Well, we’ve got..,” before quickly stopped and saying: “No, I’d better not say.”

Also upset because WE WANT TO KNOW WHAT YOU MEANT SHARON PLEASE.

The show is said to be more of a “catch-up, what they’re doing now” rather than a full-blown journey back into The Osbournes lives (as much as we’d LOVE that), and Sharon was keen to stress that “it’s not forever, no more than eight episodes.”

We guess we can live with that.

Their famous children, Kelly and Jack, will also make brief appearances on the show, because you can’t really do the show without all of them right?

Sharon has previously revealed their reasoning behind bringing their lovely faces back to our screens, admitting: “Ozzy has decided that he wants to do another few episodes, not a whole season, about eight episodes of The Osbournes.

“He said that for the whole three years that we did it he was drunk the whole time. But he would like to do one where he’s completely sober, as he is now.” 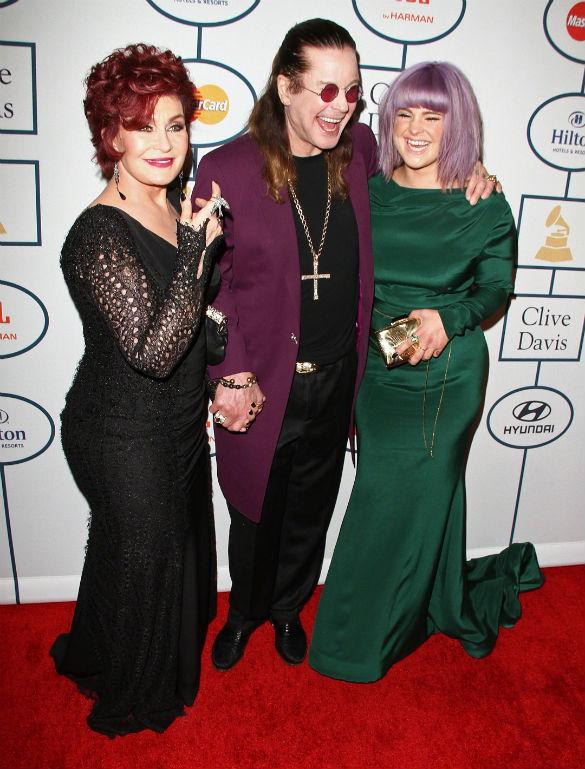 We’re not sure she’s got The Kardashians quaking in their boots, but we’re 99.9% sure their comeback will massively rival KUWTK’s top spot in our hearts.

[Who Did Kelly Osbourne Get A Tattoo Tribute To?]