Maybe he should just spend the rest of his life in just underpants? We know we wouldn’t have a problem with that.

Fast becoming our fave bod in 1D Liam has seemingly spent the weekend stripping off for our entertainment.

First he provided us with this pixilated wonder:

Which pretty much sent the world mad – calling for the uncensored version.

Only @Real_Liam_Payne can turn on half of the female population by posting a pixelated picture of his pelvic area.

Then he shoved up the above beauty saying that he had ‘found them afterall’.

FANX FOR THE UPDATE DADDY DIRECTION!

Now may we allow the man himself to sum up how we feel after waking up to such glorious imagery:

And while we are here why don’t we just have a mid-morning perv over a few more of Liam’s finest moments.

GET READY TO DO A PHWOAR.

When Liam was just so goddamned relaxed by the pool. Topless.

By MazSight
When Liam was super sleepy and super shirtless as he peered over his balcony to see the view. BLESS!

By MazSight
When Liam PUMPED SOME SERIOUS IRON and looked hawt in the process.

Liam Payne surfing is still one of the greatest things we have/will ever see: 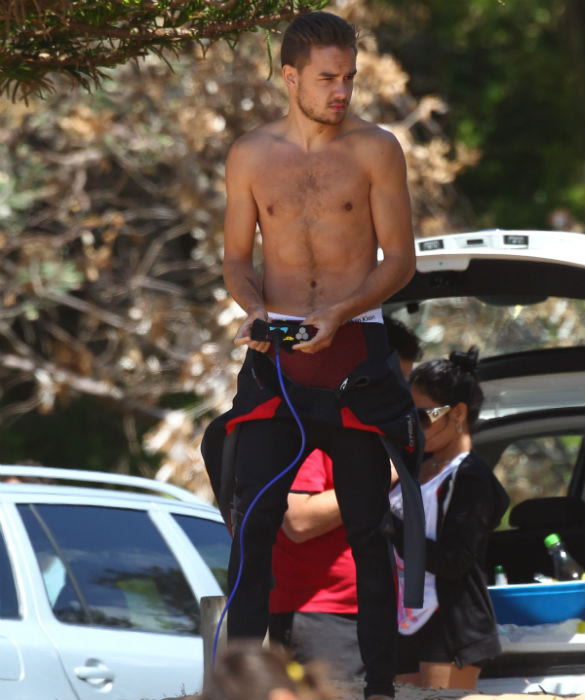 MAY THERE BE MORE WHERE THOSE CAME FROM!