Niall Horan has taken to Twitter to beg One Direction fans to STOP throwing stuff at them when they are on stage after one rather nifty shot ended up thumping him right in his injured knee.

In fact, it caused such a whack that Niall could be seen having to hobble off stage shortly after.

The 20-year-old has since said that he was in ‘a lot of pain’ after the collision with the unidentified object.

Taking to Twitter after the show tonight, Niall wrote: “Amsterdam thank you for a great couple of shows! Appreciate you coming.”

“Also guys! Can you limit what gets thrown on stage please! Coz somethin thrown at me tonight! Hit my knee! A lot of pain from it!”

Those are the exclamation points of a desperate man…

“Never wana sound like I’m complaining! But only having my operation 5 months ago, I still get a bit of pain and I’m very scared about it,” he added. 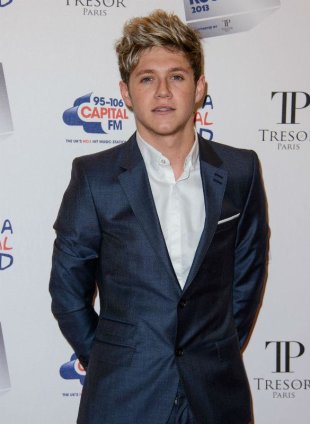 This isn’t the first time that Niall has taken to pleading with his fans.

Not so long ago he begged them to shut up after they were making a right racket outside his hotel room which was keeping him awake.

The 20-year-old followed that up with: “I honestly think this hotel is made of paper! Haha! It feels like the people outside are in my room haha! Not a chance of sleep tonight.”

“Guys! May I ask you to keep the noise down please ! All of our crew are tired! and we have a big day tomorrow! Don’t want to sound angry !”

We think that again the vast amounts of exclamation points give you a bit of an insight into his anxiety at this point.